Mandatory hotel fees — are they a good election issue?

Might mandatory hotel fees be a real bipartisan issue in Washington, DC? 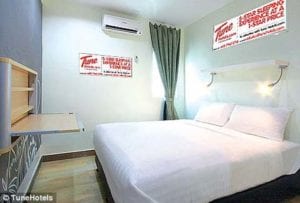 When it comes to fees, travelers are heading to a worse situation with mandatory hotel resort fees than they already face with airlines. Travelers these days have become accustomed to fees. Hard to believe it wasn’t that long ago that almost all airline tickets included a meal, a checked bag, and a seat assignment.

With hotels, it started in the late 1990s with “resort fees,” which were charges at actual resorts. These mandatory fees were particularly annoying with Hawaii packages, where clients would prepay a vacation stay. Then they would be surprised when this mandatory extra charge, perhaps $100 for a week, showed up on their final hotel/resort bill.

These days, however, $100 for a week might seem like a bargain at many US hotels. Many Hawaii and Florida hotel resort fees are pushing $50 a night, counting taxes. And Las Vegas is even more ridiculous, with resort fees for midweek offseason stays running even higher than the room rates themselves. No joke. Even the Four Seasons, a brand that often avoids the fees, now charges $40 a night in Vegas. Plus tax.

And, to add insult to injury, as hotels raise their fees, an increasing number now make parking a separate charge.

Perhaps emboldened by the success, or rather, lack of consequences (no enforcement of truth in advertising laws by the FTC), city hotels are following suit. In New York, Chicago, or San Francisco, the mandatory hotel fee might come with a different name and be called a “Facility,”  “Destination,” or “Amenity” fee.

What travelers get for that fee varies all over the map from hotel to hotel. It almost NEVER includes parking in an urban hotel. It might include as little as basic (not premium) WiFi, local phone calls, and the paper in the morning.

In some cases, guests can actually get quite a bit IF they use the amenities included in these resort fees. The Westhouse in New York, for example, includes breakfast, coffee and non-alcoholic beverages available all day plus a happy hour with snacks and drinks. The Taj in Boston has a similar program. And, some hotels include fitness center/spa access.

But if all a traveler needs is a bed, well then, tough.

The flat daily mandatory hotel fee means that even if they arrive near midnight travelers pay that night’s fee, even if all they do is fall asleep five minutes after reaching their room.

Travel agents and corporate travel departments, as well as travelers, hate the fees, because they are never discounted, and are not commissionable. The hotel keeps all the money. Plus, some localities find they end up collecting fewer taxes on these fees than they do on hotel occupancy taxes.

Other than hotel owners and shareholders, who likes them? Resort fees aren’t even like airline fees, which are generally waived for frequent travelers. Airline fees at least mean better seat assignments available for either those elite frequent flier travelers or those who want to pay more. Or, in the case of carry-on fees, they get more bin space.

But these mandatory hotel fees generally apply to everyone, with only a relatively few exemptions. There’s no elite level advantage.  Worse, they make services worse. With the mentality of “I’ve paid for it I might as well use it,” these fees encourage more people to use hotel Internet instead of their own hotspots, along with fitness centers and so on. Charging these fees can actually make WiFi slower and other amenities more crowded.

Yes, hotel guests are paying more fees to make their services worse. It is a counterproductive fee from the traveler’s point of view.

ALSO IN TRAVELERS UNITED: No reason to slam passengers with more airport taxes

There are very few issues that most Americans agree on these days. However, mandatory hotel fees have to be one of them. So how about it, 2020 candidates for President or Congress, is it one of the biggest issues confronting our country right now? No. But it might be one of the issues on which to get the easiest legislative agreement along with a veto-proof majority.

How to protect yourself from airlines going “belly-up”