A room rate must include mandatory hotel fees to be honest. 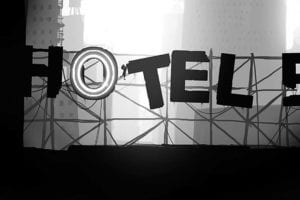 The American Hotel and Lodging Association (AHLA) wants to continue false hotel advertising by not including mandatory hotel fees in room rates.

False hotel advertising is a shameful and dishonest practice and it must stop. Since 2012, Travelers United has led the fight against resort fees. The advocacy organization worked to goad the Federal Trade Commission (FTC) into protecting consumers from this kind of false advertising.

The consumer advocacy groups got the FTC’s attention. The Commission sent a letter to hotel companies and online travel agencies, but the proposed solution, after being shrouded in secrecy for almost four years, still allowed false advertising. Though the Washington Post has reported that our government consumer watchdog is beginning to pivot and demand truth in advertising, the false hotel advertising continues. It has continued for the past six years as the FTC studies the problem.

The initial FTC solution was to require hotels to disclose mandatory hotel fees. However, that still allowed properties to advertise false room rates that distorted the market. The false advertised price was allowed to be $100 a night, but the real price was $130 after the mandatory fees were assessed at checkout. Even online travel agents had to play by the hotels’ deceitful rules.

Honest hotel companies were forced by the market to become dishonest.

Eventually, honest hotel companies found themselves losing business to dishonest companies that chose to rely on false hotel advertising to sell their rooms. Even when faced with an advertising campaign against hidden hotel-imposed fees mounted by honest hoteliers, consumers did not realize that they were being flimflammed. Consumers thought fees were consistent across all properties.

Giant companies like Expedia found themselves having to disclose to customers that the total cost for a room was $130; however, they would only collect $100, and at check-out, the hotel would charge another $30 a day. With the FTC’s tacit approval, hotels constructed a system that resulted in growing false advertising.

One of the hotel industry’s defenses is that these hidden, mandatory fees are for the consumers’ good.

Disclosing that travelers have been lied to does not make it right. Changing the required price after the initial advertising is false advertising.

However, their claims are hollow. Disclosing to consumers that they just have to be subjected to false hotel advertising does not make that advertising truthful.

The AHLA cannot defend this false hotel advertising practice as anything other than misleading and deceptive marketing that fleeces customers and makes millions for hotels.

Less than 10 percent of hotels charge resort fees. The practice is still harmful to consumers.

Another defense of the current false hotel advertising regime — only 7 percent of hotels nationwide lie about their prices. Yes, this is a real defense repeated by AHLA. These unscrupulous hotels and resorts are the target of continued Travelers United advocacy efforts.

Travelers United strongly supports the latest FTC study that showed not including mandatory hotel-imposed fees in any room rate harms consumers. Modern computer systems allow websites to display room rates, including mandatory taxes as well. This way, consumers will know how much a basic hotel room will cost. If amenities are included, so much the better.

All other optional fees should not be considered a part of the advertised room rate. They are assessed for a separate service, not for the hotel room itself, and all can be avoided.

READ ALSO: What makes false advertising so misleading for travelers

After years of work, State AGs have filed lawsuits against Marriott and Hilton Hotel Corporation. Travelers United has filed suit against MGM Resorts.

The longer the FTC excuses this mandatory resort fee conduct, the more it will spread through the industry. The government cannot continue to ignore any breach of truth in advertising rules.

DOT enforces the law. Airlines are canceling and changing flights at a record pace.