Room Rates That Exclude Fees Are Deceptive, FTC Has Warned 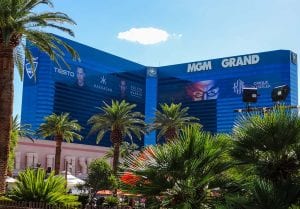 Travelers United advocates end a deceptive and growing trend in hotel and resorts that advertise nightly rates without including mandatory fees. Hotels often advertise a nightly rate per room, but don’t clearly indicate until guests arrive or receive their final bills that they have to pay a mandatory ‘resort fee’ that ranges from $20-40 for hotels, and often more than $75 per night at a resort.

If a hotel charges a mandatory fee, it should be included the nightly room rate. Failing to do so deceives about the true cost of the room and undermines the power to comparison shop. Too often consumers are surprised at check out when hotels demand sometimes hundreds of additional dollars in sneaky “resort fees.” It’s deceptive, unfair, and wrong.

The Federal Trade Commission has the power to stop this practice. Attorneys General also can take action (and 47 of them now have). In both cases, authorities are empowered to file suit against companies that use deceptive practices to harm consumers and upend competition that drives down prices and improves service for consumers.

All MGM properties in the United States charge resort fees whether they are in National Harbor, Las Vegas or Detroit. There is no correlation with the hotel being in a resort destination and the charging of resort fees. Many MGM properties claim the resort fee pays for a variety of amenities but during the Covid19 pandemic many of those amenities needed to be shut down or eliminated and MGM never lowered the price of resort fees showing that clearly there is no correlation between amenities and resort fees. Resort fees exist for the hotel to lie about the price of the advertised room.

False advertising is against the law

Lauren Wolfe, Counsel for Travelers United states, “Resort fees are a clear violation of DC’s consumer protection laws. It is time to end the abhorrent practice of illegal resort fees by the hotel industry. All mandatory hotel fees must be included in the advertised price in order to be legal. MGM’s deceptive practice of hotel resort fees must end.”

Mandatory fees are on the rise. Hotel and resort fees were estimated to grow to $2.7 billion in 2017, a 35% percent increase from 2012, according to a study by NYU School of Hospitality and Tourism Professor Bjorn Hanson. The number of hotels charging resort fees is up by 26% since 2016 and average resort fees have risen by 12% according to The Wall Street Journal.

Resort fees allow hotels to deprive cities of tax revenue. Hotels charging resort fees in New York City are costing the city $8,826,397.21 per year in lost tax revenue as of July 2017. Hotel resort fees should be part of the advertised rate and be taxed at hotel occupancy tax. In New York City however, only the advertised rate is taxed hotel occupancy tax. The resort fee is taxed at the lesser sales tax rate. That is a 5.875% tax loss on every single room in New York City that charges hotel resort fees. That is money that could go for affordable housing initiatives and better infrastructure for New Yorkers. Unfortunately the hotels are not just cheating consumers, they are cheating cities and states as well.

But really, what’s the impact? The price tag for these mandatory fees can add up to the cost of tickets to Disneyworld with their children or a pair of roundtrip plane tickets for a weekend getaway on their anniversary. For a business with a ten-person sales team that spends 10 nights per month each in hotels, a $25/night mandatory fee adds up to $30,000 in unexpected costs over a year.

So, who can stop these mandatory fees?  In 2012, the FTC issued warning letters to 22 hotels that were not clearly disclosing these fees. In January 2017, the FTC released a report calling hotel resort fees “harmful to consumers.” Attorneys General also have authority to act to protect consumers when businesses engage in deceptive advertising. Congress also plays an important role in setting policy to protect consumers and ensure that businesses engage in fair practices and transparent pricing. Local city and state governments have the responsibility to make sure consumers in their towns and states are protected. Only with full information can competitive forces drive down prices and improve services for consumers.

Lawsuits have been brought against Marriott Corporation by the AGDC and against Hilton Hotels by AGNB. Now Travelers United has joined AGs with our lawsuit against MGM Resorts.

Join The Fight to End Hotel and Resort Fees
Stand with TravelersUnited.org and against mandatory hotel fees and deceptive advertising of nightly rates that do not include those fees. To take action, file an FTC complaint, contact your state attorney general and member of Congress. And always remember you can and should refuse to pay any hotel resort fee.