Car data collected by automobiles is awesome. Unfortunately, few owners know about it. 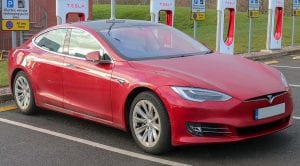 Today, you should know about car data collected by your car. All late-model sensors and cameras installed in automobiles can tell how you are driving. Tesla installed a camera (nonfunctional, they say) just above the rear-view mirror. They will tell us what it does in the future.

According to Consumer Reports:

Tesla isn’t the only carmaker with an internal-facing camera in its vehicles. In GM’s 2018 Cadillac CT6 with Super Cruise, driver assistance is a steering-column-mounted camera. It monitors the driver for signs of distraction. Subaru plans to offer a similar system in its new Forester.
…
This is the state of technology in vehicles today. Many new cars and trucks use multiple cameras (usually external-facing). They have dozens of sensors that measure everything from roadway markings to GPS coordinates to whether the driver’s hands are on the wheel.

Automobile data collection may be mandatory in the future

Vehicles come equipped with far more than cameras. Today, sensors report the car’s location. Computer chips share information about speed, location, and direction. The Department of Transportation began studying regulations that may control some of these new electronic systems. DOT might require future autos to have car-to-car data communications to eliminate many crash causes. Time will tell.

Who owns the data collected by your automobile?

The ownership of data used by car companies for repairs is controversial. Travelers United was perhaps the first consumer advocacy group in Washington, DC, to highlight the problems of car companies refusing to share data with the car owners. The consumer advocacy group supported a bill being pushed and eventually passed in Massachusetts. It ensured automobile owners controlled their automobile repair data, not the car manufacturers.

The data that could once only be unlocked for Ford, Chevrolet, or other dealers and their mechanics, is now available to all mechanics. Computer information is required to properly diagnose problems with engines, emissions, and brake problems.

For more than two decades, according to Consumer Reports, “a variety of onboard sensors and rudimentary computer controls help coordinate systems such as antilock brakes, fuel injection, airbags, and emissions.” About a decade ago, Travelers United expanded its crusade from state legislators to Washington, DC.

In 2015 Congress responded to privacy concerns about EDR data — especially whether your car’s data could be used against you in court — with a law that makes it clear that data belongs to the car’s owner, not the auto company.

Computer equipment operates in the background during a car’s operation. Safety systems such as forward-collision warning and automatic emergency braking depend on computers and data. Features such as adaptive cruise control run via sensors as well.

In the past, sensor-collected data stayed with the car. However, starting with GM’s OnStar system, data was transmitted to outside companies. Three-quarters of 44 auto brands provide wireless data connection in their 2018 model-year cars. This data collection allows corporate analysts to develop a detailed portrait of both car and driver — how it performs and whether drivers obey the law.

Google maps and other GPS-enabled devices keep track of an automobile’s location so that drivers can get directions. Soon, drivers will simply ask where the nearest McDonald’s or Burger King is located. Alexa smart speakers will answer spoken questions about traffic jams and the nearest hotels or stores. Yet other systems lead drivers to coffee from Starbucks or burgers from upcoming fast-food outlets.

Be careful. Many newer cars have electronic features that automatically function

Some cell phones automatically have their data collected when plugged into the dashboard. Juice Jacking might result in your cell phone’s address book being downloaded. Or, you may end up finding new phone contacts in your address book. Fortunately, this data stays with the phone or auto unless downloaded and physically removed.

Diagnostic ports on cars often have add-ons installed that report about driving. Insurance companies offer discounts for their installation. Recorders collect acceleration. braking, and steering info that can determine the cause of a crash. Beware when driving a friend’s car. It may have an insurance company tracking device installed.

Telematic devices download engine data and send it to remote technicians. They then troubleshoot engine problems from a distance. Automatic toll collectors track your travels.

Today, Travelers United actively works to get Congress or the DOT to institute new legal requirements for car data. Though many car companies say they proactively protect privacy, consumer advocates don’t believe or have trust in an industry policing itself.