Why the value of your life depends on where you die

Passengers are “worth” different amounts of money in different countries. The value of life varies. 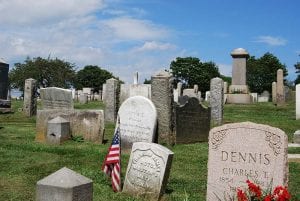 The value of life is not what many would have guessed. Although the U.S. is at the top of the valuation chain, settlements vary state by state. So, if you are on a flight that crashes and, heaven forbid, you lose your life, your life may have a very big difference from the value placed on the life of the person sitting to your side.

Here are the value of life figures (in US$) presented at a recent legal conference. These values are based on an average 45-year-old wage earner leaving behind a partner and one teenage child. I have ranked them from the most valuable to the least assigned value to life. The results are instructive. They may be more interesting reading for a 2020 COVID pandemic morning when many are contemplating the value of a soul. (These figures are two years old. However, the figures are used only for comparison of life “values” in different countries.)

These different valuations on the worth of a life on a country-by-country basis also exist within the United States on a state-by-state basis. For instance, in the Continental/Colgan Air crash in Buffalo, NY, back in February 2009, different jurisdictions applied to various portions of the legal case.

Federal preemption applied to questions of safety and whether or not Colgan Air properly trained their pilots, maintained aircraft, and followed federal instructions.

However, for punitive damages state law would prevail. That meant that either the case should be held in Virginia, the home of the operating carrier, or in New York, the scene of the crash. The stakes were massive. Virginia has a total punitive cap on damages of $350,000. New York has no cap. You can imagine where the airline wanted to have the case heard and where the plaintiff lawyers wanted to have the case heard.

MORE FROM TRAVELERS UNITED: TSA banned items that security fails to detect will blow your mind

In the end, New York was determined to be the place with the most significant relationship to the crash of Flight 3407. Therefore, New York law governed the punitive damages.

Interestingly, those international passengers flying under the Montreal or Warsaw Conventions could not recover any punitive damages.

When international law clashed with US state and local and federal law, it is a real battle

In this complex world of airline law that intersects with international law and with state law. There can be very different outcomes solely based on where the cases are heard. That’s why the initial stages of the legal cases are important. Determining the proper jurisdiction is of important interest. It will shape the final financial compensation received by victims.

This value of human life also affects whether an insurance company will pay for expensive end-of-life and other treatments. The threshold there ranges from $50,000 to $130,000 per year of “quality-adjusted” life. These figures are becoming more and more important for everyone. Medicare and Medicaid now look at what procedures are permissible under their systems.

More simply, insurance companies calculate that to make a treatment worth its cost, it must guarantee one year of “quality life” for $50,000 or less. New research, however, would argue that that figure is far too low.
…
Considering both inflation and new technologies in dialysis [a team of researchers at Stanford] arrived at $129,000 as a more appropriate threshold for deciding coverage. “That means that if Medicare paid an additional $129,000 to treat a group of patients, on average, group members would get one more quality-adjusted life year,” the Stanford Graduate School of Business team says.

So, whether a person dies in a plane crash he or she is caught in the legal system for compensation. They must navigate the medical care bureaucracy. Deciding where to hear a case makes a big difference in any settlements the value of human life, or whether medical procedures, are approved.

Family separation: It is an airline problem, too

Haunted ski resorts that will scare the bejesus out of you