Airfares can be compared across airlines on computers, but not the extra fees 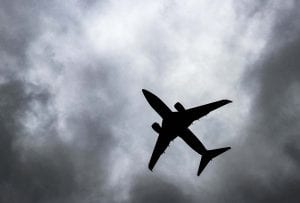 A year after the airlines began this epic struggle to stay in business during the pandemic, they are suffering financially. After 9/11 and the recession downturns, this is another financial pummeling being taken by airlines, And, consumers are not getting any honesty in advertising.

Adding insult to injury, the airlines stay in business by taking donations from you the taxpayers. And, consumers bear the brunt of the government’s largess.

Basically, the airlines operate as a semi-regulated industry today. They receive financing from the government. Airlines use public facilities, the airports are owned by municipalities. Plus, planes soar through the skies using the publicly-owned air traffic control system. During the pandemic, no other industry enjoyed more support than airlines. All this government support comes in spite of an airline mantra, “Let the market decide.”

To make matters even worse than having to pay to keep businesses that are anti-consumer in business, consumers have seen only a small decrease in many airline fees. Though airfares may be at historic lows, ancillary fees continue running rampant. The Department of Transportation (DOT) has no plan about how to help consumers understand what airlines add to their costs of travel.

Airline consumers are not asking for much. Honesty in advertising is their desire and their need. Consumers only want to be able to discover the best price to fly through comparison shopping. However, there is no DOT mandate that all airfares and ancillary fees be made public and incorporated into airline ticket shopping engines. Hence, consumers will never know the full cost of travel prior to purchasing airline travel.

This discussion about the transparency of airline costs for travel has gone on since the first checked baggage fee was introduced by a major airline in 2008 by American Airlines. At that time the airlines were struggling to find a way to stay in business and keep from going bankrupt. Today, these fees are still in effect and they have not been reduced. In fact, many have been made more complicated since the start of the COVID-19 period.

A sneaky and anti-consumer Department of Transportation slipped an Advanced Notice of Proposed Rulemaking into the system on December 29. 2020. They want to eliminate the full-fare advertising rule. Fortunately, the Democratic Secretary of Transportation can withdraw the request for more information from the rulemaking system. And, the only pro-consumer actions of the Trump administration were released the day after the departure of Sec. Elaine Chao. Her pledge to have no new consumer regulations was intact.

Consumers are only getting partial honesty in advertising

For the past decade consumers have asked the government to do their job — give us honesty in advertising. We have succeeded in getting partial honesty over the strong objections of the aviation industry. But, America’s travel planners and vacationers still, after more than a decade, cannot easily see the full cost of travel even during the pandemic. Plus, DOT is actively trying to eliminate any requirement that airlines provide basic transparency. Note the introduction of a new Advance Notice of Proposed Rulemaking (ANPRM) to the Office of Information and Regulatory Affairs (OIRA) less than a month ago.

Today, an American family cannot put their destination into a computer and say, “We choose to travel as a family with two teenagers and two parents from Chicago to Orlando. We will carry on four rollaboards and will be checking two pieces of luggage. Plus, we would like to sit together on the flight. We are members of the following FF clubs, elite members of two, and can use the following credit cards. How much will it cost us to fly?”

As recently as 2008 consumers could get that question answered. Today, even with the fare-crunching power of computers, honesty in advertising is impossible. The airlines hold their pricing data hostage in order to frustrate comparison shopping. Congress even mandated that a system be set up to allow toddlers to sit with an older family member during flights at no additional cost. However, DOT refuses to even start the establishment of a family-seating rule.

Global Entry Primer: How to eliminate the wait at U.S. passport control