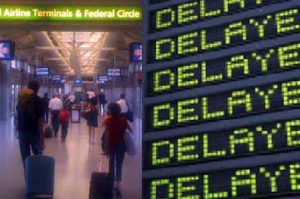 As airline computer system failures multiply, Congress in the FAA bill tells airlines they must prominently post what services they provide impacted passengers. This was one of Travelers United’s most important issues during the FAA bill debates.

Today, Southwest Airline passengers ask similar questions to what Congress foresaw in 2018. I cannot find any reference to “widespread disruptions” in the Southwest contract of carriage. Where are the passenger protections that Congress called for in their legislation?

Airlines know IT systems break down and cause widespread disruptions.

All airlines have problems with their Information Technology (IT) systems. Southwest planes stacked up in Denver for the past three days. In recent years, American, Delta, Southwest, United, and British Airways all faced airline IT failures. The biggest disasters struck Delta Air Lines. They grounded all flights twice. The “wake-up call” is not working.

As airline operations and pricing get more and more complex, airline IT failures happen with increasing frequency and to a greater technical extent. The complex airline systems cobbled together from bits and pieces of different airlines as mergers over recent years have reduced airline competition, fail. Recent problems have global ramifications.

Travelers realize IT issues can stop a trip in its tracks. However, Travelers United holds that these IT problems are the fault of the airlines and passengers should be properly compensated for them. So far, when it comes to customer service, the legacy carriers treat these IT issues as acts of God or force majure problems. They are not. These demonstrate failures to deliver scheduled services that are fully within the control of the airlines. Airlines must compensate passengers, not punish them, for the airlines’ failures.

Congress acted in 2018, but without airlines’ response.

Finally, in FAA Bill Final HR 302 passed in 2018, Congress tells DOT to take IT failures into account and requires in the event of widespread airline computer system failures, airlines prominently post online what services they will provide impacted passengers.

‘‘(b) DEFINITIONS.—In this section, the following definitions apply:
‘‘(1) WIDESPREAD DISRUPTION.—The term ‘widespread disruption’ means, with respect to a covered air carrier, the interruption of all or the overwhelming majority of the air carrier’s systemwide flight operations, including flight delays and cancellations, as the result of the failure of 1 or more computer systems or computer networks of the air carrier.
‘‘(2) COVERED AIR CARRIER.—The term ‘covered air carrier’ means an air carrier that provides scheduled passenger air transportation by operating an aircraft that as originally designed has a passenger capacity of 30 or more seats.”

Congress acts on IT issues and widespread disruptions but without any enforcement teeth.

The new bill mandates airlines clearly tell passengers what services they provide for IT failures. Will passengers be put on the next flight? Will travelers get some immediate compensation from airlines for food and accommodations during airline computer failure delays? Unfortunately, there are no fines included in this bill. Perhaps DOT may include them in the final regulations. Without stiff penalties, airlines can choose failing IT systems as they hoard soaring profits. The IT problems keep growing. This prompted Congress to act.

The implementation of this provision of the FAA Bill should not be delayed.

Every day, airline passengers bear the burden of airline IT and communications failures together with the delays and cancellations of thousands of flights. Families miss weddings, organized tours, and cruises. Businessmen miss meetings. And, many others face financial repercussions because of information technology failure. And, airlines offer only poor or non-existent customer service.

These issues need reimbursement or compensation from airlines to passengers. These airline computer failure incidents are not acts of God. The airlines operate these systems and are accountable.

Passengers affected by these airline information technology failures should contact www.airhelp.com to check on international compensation that they may be due from the airlines (especially international carriers) for their failures. This compensation ranges from about $660 to more than $7,000. It is worth checking.

Join our work to hold airlines accountable for their IT failures rather than saddling passengers with their losses. These include unattended family events, ruined vacations, lost reservations, missed business meetings, and unexpected overnights. All while awaiting the airline’s IT systems to be brought back online. 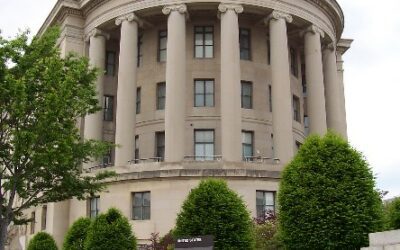