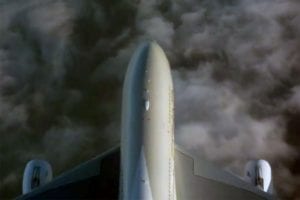 Many travelers don’t realize that all flights are not equally likely to be delayed or leave on time. And, while the algorithm may not be apparent to anyone who isn’t working for the airlines involved, it’s usually not random chance which flights are most affected.

Sometimes it’s weather, at other times air traffic control issues… At the time of writing it’s a major runway closure at San Francisco Airport. The result is fewer than normal flights can take off and land, and many flights end up delayed or canceled.

READ ALSO: How to find on-time statistics on airline websites

If an airport is closed, that’s one thing. But when it’s operating at temporarily reduced capacity, for any reason, airlines are likely to be told how many flights they can have take off and land within a given time. The airlines then can decide accordingly what flights leave on-time and what flights are delayed.

What flights leave on time?

The simple explanation that the deciding factor is money determines, in my experience, the flights that airlines ultimately decide to prioritize.

What flights are delayed

Flights from Washington-Dulles (IAD), on the other hand, to SFO, which are less frequent, seem to be delayed less. And if, for example, United has a client going from IAD to Australia, or to Asia, via SFO, they have far fewer options to change them.

When a runway is closed or air traffic control is dealing with storms, realize that other factors will determine when your fight departs or lands.