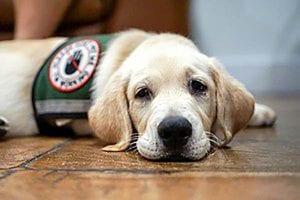 The Department of Transportation  (DOT) released its proposed rule for airline transport of what have come to be called emotional support animals. This Notice of Proposed Rulemaking (NPRM) eliminates most loopholes used to carry normal pets as medical necessities.

The DOT’s Air Carrier Access Act (ACAA) regulations regarding the transportation of service animals by air will change. Basically, emotional support animals (and pets traveling under that guise) will need certification similar to service animals. The proposed amendments to the current rules should ensure that citizens who have disabilities have access to transportation. And, that airline personnel and other passengers can travel safely without fear of untrained animals.

Basically, DOT eliminates the loophole that allows pets to be treated the same as fully-trained service animals. This loophole led to a dramatic increase in incidents involving untrained animals in the past few years.

Here is the DOT NPRM wording

Read the exact wording from a summary of the proposed NPRM:

…the Department proposes to define a service animal, under its ACAA regulations in 14 CFR Part 382, as a dog that is individually trained to do work or perform tasks for the benefit of a qualified individual with a disability, including a physical, sensory, psychiatric, intellectual, or other mental disability.

This NPRM would also generally require service animals to be harnessed, leashed, or otherwise tethered. This NPRM also proposes requirements that would address the safe transport of large service animals in the aircraft cabin and would clarify when the user of a service animal may be charged for damage caused by the service animal. Finally, this NPRM addresses the responsibilities of code-share partners, among other provisions.

Pets cost as much as $250 per round trip, while emotional support animals fly free. It’s a powerful enticement for pet owners to “game” the airlines.

Too many emotional support animals are causing serious problems for passengers. Last June, a Delta passenger in a window seat, where escape was impossible, was attacked twice by another passenger’s support dog weighing about 50 pounds. The passenger suffered facial lacerations and puncture wounds to his lip and gums. He needed 28 stitches to close his wounds.

The scam of having pets fly free is a danger for flight attendants, other passengers, and for other trained service animals. Allowing emotional support animals to travel as service animals became an abused loophole. This NPRM is directly related to that kind of consumer rule abuse.

Other groups teamed-up with the airlines and DOT on this new NPRM. Disability organizations, Travelers United, flight attendants unions, International Air Transport Association, Airline Pilots Association, airport organizations, and the Global Business Travel Association all supported the change in the rule. Now, the debates about specific changes will take place.

The teamwork and unified pressure presented to DOT pushed them to modify their initial rules. Last year, the Department released a clarification of its emotional support animals (ESA) rules and then released this NPRM. See a basic outline of changes that are being proposed.

According to some flight attendant friends, “The days of Noah’s Ark in the air are hopefully coming to an end.”