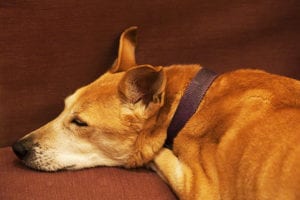 Last week, an American Airlines flight attendant was bitten by a fake emotional support animal on a flight from Dallas-Fort Worth to Greensboro, North Carolina. The flight attendant’s hand was injured enough to require five stitches.

Last year, on a Southwest Airlines flight, a six-year-old was attacked by an emotional support dog on the forehead when the youngster, like any other might do, reached out to pet the dog.

In 2017, Marlin Jackson went to his window seat on his Delta Airlines jet. Ronald Mundy was already in his middle seat, beside him, with his emotional support dog, reportedly a Lab mix weighing about 50 pounds, with him. Passengers said it growled at Mr. Jackson as he sat down.

Within moments, the growling was replaced by an attack. The dog bit Mr. Jackson multiple times, was pulled away, broke free and attacked again. Mr. Jackson suffered severe wounds to his face, lips and gums, requiring 28 stitches.

While these incidents aren’t an every day occurrence, the problem of emotional support animals on commercial aircraft is a serious and continuing problem. The animals are mostly untrained pets, unaccustomed to dealing with the public in cramped areas like aircraft cabins. While federal regulations impose limits on passengers wanting to fly with emotional support animals, they establish few restrictions for the animals themselves, to a large extent hamstringing the airlines.

Due to escalating complaints from passengers and flight crews, U.S. airlines have tightened emotional support animal rules to the extent possible. American Airlines, for example, permits only one emotional cat or dog per passenger. No other kinds of emotional support animals are permitted. The cat or dog must be at least four months old, clean, well-behaved and able to sit at the passenger’s feet or on their lap. While the rules appear to be sufficient, in my opinion, too many serious incidents show that they are inadequate to protect passengers and crew.

Are they pets? Or, emotional support animals?

Unfortunately, the regulations were mostly written to attempt to stop passenger cheating. Passengers are required to prove they actually have a clinical need for their animal. Little thought was given to passenger and flight crew safety from the animals themselves.

There are some regulations about the animals, too. Airlines may reject animals that are too large or that would “pose a direct threat to the health or safety of others” or “cause a significant disruption of cabin service.” Unfortunately, it’s often extremely difficult to know in advance if an animal would pose a “threat” or “disruption.” That’s a significant regulatory weakness.

All emotional support animals should be carefully trained.

Considerably better would be adding specific requirements for training and safety certification for the animals to eliminate, to the extent possible, animals that are difficult to handle or dangerous.

It generally takes one to two years to train a service animal, while emotional support animals are untrained. In addition to training a service animal to perform its work tasks, its training includes both obedience and public access behavior.

Service animals learn how to behave in public and how to interact with the public.

Before a service animal can be certified by a quality training organization, it must demonstrate that it can handle the tasks for which it was trained, plus pass obedience and public access tests, too.

Mental health professionals and passengers are scamming the rules.

Federal regulations permitting emotional support animals on commercial aircraft should be replaced by regulations permitting certified psychiatric service animals. Requirements for passenger documentation certifying their need for a psychiatric service animal, plus the animal’s certification showing it has met stringent tasks, obedience and public access testing must be part of the regulations. The creation of a registry of accepted, certified service animal training programs should be mandated to eliminate the fake online certification and registration companies now certifying virtually any animal as an emotional support or service animal.

I call upon the airlines to help their passengers and flight crews by calling for the FAA (Federal Aviation Administration) to rethink and rewrite its emotional support animal regulations to help airlines make their aircraft cabins safe for all.