What happens to US aviation if DOT and FAA are defunded?

If the DOT and FAA stop airline policing, experience shows what will happen. 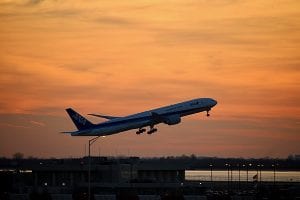 There is one enforcement organization as far as airlines are concerned. The Department of Transportation (DOT) is the top aviation regulatory dog in DC when it comes to airline policing. And the Federal Aviation Administration (FAA) is the DOT’s aviation safety arm. These organizations make aviation regulations, enforce those regulations, and dole out tax dollars to airports.

What would happen if DOT and FAA airline policing disappeared?

We know from experience what might happen. The DOT and its FAA during the past eight years retreated from regulation and law enforcement. They stopped action on a series of laws passed by Congress. No new regulations have been enacted in the area of consumer protection since the departure of Secretary of Transportation Ray LaHood, a Republican working in Obama’s administration.

Since LaHood’s departure, almost no consumer protection actions have made it through a rulemaking. Here is a quick list of where DOT and the FAA failed the American public and the consequences of that inaction.

Boeing 737 MAX crashes happen when DOT and FAA are defunded

As the FAA stopped actively checking and testing the production of the new version of the Boeing 737, something went amiss. A computer program that was supposed to assist with aerodynamic changes did not function as expected. The result was two major airplane crashes about six months apart. The subsequent federal investigations showed that FAA oversight was not as rigorous as needed.

The airlines began to cut personal space in aircraft. In other words, new airline seating protocols took away legroom. Seats shifted from padding to less padding and more webbing. Seatbacks, when reclined, made it almost impossible for passengers to read newspapers. And, some aircraft lavatories are so small that an oversized passenger cannot even turn around.

Those were the first complaints. However, about five years ago consumer advocates questioned the ability of airplanes to be evacuated in 90 seconds in case of an emergency. There was no realistic testing of the aircraft emergency evacuations by the FAA for about two decades as seating space was reduced.

Finally, a law passed by Congress has started the process of assessing passenger seating. It is running far behind schedule. Plus, consumer advocates were denied the ability to view the testing.

Misleading price advertising — no passenger-specific, flight-specific ancillary fees are included in airfares or on websites

Back in 2008 the first major airline to charge for checked baggage was American Airlines. Consumers, travel agents, and the big computer system operators tried to have these extra fees available on websites so that passengers can figure the total cost of travel. DOT decided to allow airlines to keep hiding the true cost of travel. For a dozen years we continue to experience this behavior.

Families need to pay extra in order to sit together

Travelers United figured out that the DOT’s pro-airline attitude would keep this from becoming a regulation. So, we began a legislative campaign — we got Congress to pass a law. That law states that children 13 years of age and younger must be able to sit with an older member of the family at no additional cost.

A law passed by Congress isn’t enough to get DOT to take action. The Secretary of Transportation said that she did not see any need for regulation. The FBI presented evidence of sexual abuse and complaints registered by passengers.

Today, a family of four might pay about $400 extra per person per round trip in order for toddlers to be able to sit with their parents. This is truly shameful.

Most of us remember Dr. Dao’s denied boarding fiasco. He was beaten and dragged from his seat on a regional United Airlines flight. With teeth missing and blood oozing from the side of his mouth, he was forced off a flight for which he had paid and after he was already boarded.

DOT, in its “enforcement” letter, did not even fine the airline a penny. DOT found that United Airlines did not follow its own contract terms and that it did not follow DOT regulations. Still, DOT assessed no penalty.

This litany of lack of enforcement eventually led airlines to even begin to ignore their own refund rules. These rules are mandated by DOT and exist as a part of the contract of carriage. However, United Airlines and JetBlue Airlines, when faced with refunding giant amounts of money, decided that it would be easier to keep the passenger money.

Finally, DOT took action — the right action. The Department made clear that all airlines that operated in the US must refund airfares for canceled flights. This includes both domestic and foreign airlines,

Eventually, all passengers will be made whole because of DOT’s airline policing. On the other hand, without DOT’s enforcement in this last case, the airlines would conveniently appropriate the passenger funds.

Travelers United has been grappling with these major issues for the past decade. When no policing of airlines exists by their watchdog agency, they will break the law. We saw it happen with regularity and impunity. Remember, we may not like enforcement, but it sure beats having to fly everywhere under the thumb of airline greed.