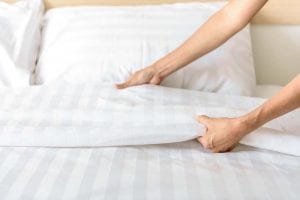 Since 2012, Travelers United has been working to eliminate the misleading and deceptive practice of hotel resort fees. These fees have taken over the hotel market in places like Las Vegas and Hawaii. In those areas more than 50 percent of hotels charge these fees. Nationwide, the scourge has only reached an overall 7 percent of the market, according to the Hotel and Lodging Association.

The Travelers United position is crystal clear — if any non-government fees are mandatory, they must be included in the room rate.

Whether the fees are expanding to cover all hotels or whether, voluntarily, they’re limited to only seven percent, they are, at their core, misleading and deceptive.

If automobile dealers were allowed to initially advertise cars for a low price, and only when a consumer clicked on the dealership’s Web link or drove to the dealer did they learn that the steering wheel costs an additional $1,000, lawmakers and regulators would have no problem calling the practice misleading.

If a computer manufacturer was to sell a bargain laptop computer for $350 but only after visiting the store to see the machine did consumers learn that the chip to make the keyboard work costs an additional $100, that would be easily seen as deceptive.

Only about six years ago, airlines were allowed to advertise partial prices. Those of us who remember can recall advertisements that said, “Boston to London Only $65!!”* The important part of the ad was the asterisk. In reality, that price was not available to travelers. At the end of the buying process, after all of the mandatory taxes and fees were included, the final price turned out to be more than $750. Such a practice was deemed “misleading and deceptive” by the Department of Transportation, which instituted a “full-fare advertising rule,” which mandated that the advertised rate for airfares include all mandatory taxes and fees.

(Unfortunately, some in Congress would like to see such consumer deception brought back to the airline industry. However, Travelers United has managed to fight off the efforts in court and in the Senate for the past four years.)

When it comes to honest hotel prices, it is time for the Federal Trade Commission (FTC) to step up to the plate. So far, the FTC has come out with a study in January 2017 that concluded the practice of excluding resort fees from room rates is harmful to consumers. However, the FTC has not taken any action or written any findings. They need to take action the same way that DOT did regarding airline pricing — any room rate that does not include all mandatory hotel-imposed fees is misleading and deceptive.

Disclosure, later in the buying process, is not enough.

Even the biggest hotel chains cannot continually advertise an honest room rate of $200 a night while a competitor is advertising a room rate for a similar room of $150 a night — only to add on a resort fee of $50 at the end of the transaction.

In a listing of only room rates, the $150-a-night rate will always look dramatically less expensive than the $200-a-night rate, even though, in reality, it costs the same. In some cases, the final honest cost of accommodation in the hotel with the higher price in the list of room rates may actually cost less than the dishonest and misleading cheaper room rate.

Consumers are left confused and deceived. Plus, they have no good way to comparison shop, especially when viewing an overall list of hotel room rates. There is no way to know whether a room rate is honest, including the hotel resort fee; or, dishonest, excluding a mandatory cost that will be tacked on later.

When resort fees are hidden from the initial room rate listings and from advertising plastered on sides of buses, on billboards, in newspapers, on TV, in magazines and blaring from radios, consumers are misled.

When a hotel advertising a hotel for $100 a night doesn’t include a $39-a-night “resort fee,” while another advertises a full room rate of $100, both appear to cost the same in the initial advertising. However, the room rate that does not include the resort fee is false and deceptive.

When the resort fee is mandatory, it must be included in the room rate. That is plain and simple. That practice will allow the free market to work.

Even when resort fees are “disclosed” they are deceptive and eliminate the ability to comparison shop.

Resort fees are not consistent. Even if consumers read the fine print and know that a resort fee will be added to a room rate, that diligent consumer now has to click on the resort fee link to learn what may or may not be included in the fee.

Some properties include the exercise facility, a pool, and a free newspaper; Internet access might cost extra. Other properties claim that the resort fee covers the Internet connection for one or two devices plus a newspaper in the morning and towels for the swimming pool. Others include breakfast as well.

The bottom line: consumers cannot compare prices of properties when they do not know what the resort fee includes. Simply “disclosing” the existence of a resort fee is not enough — what the fee includes is also needed.

Let your Representative and Senator know it is time for honesty in hotel advertising. So far, the FTC has not acted. It is time that Congress gets into the act and comes to the support of their constituents.

Click through to the Travelers United Resort Fee microsite and learn more about the problems created by resort fees and then use our system to let your representatives know that it is time for a change.