More and more travelers are victims of deadly selfies

Since March 26, three tourists visiting the Grand Canyon have died in the famous national park. The identities of two of the dead are unknown, as are the full circumstances of their deaths. We know that one fell to his death from the South Rim at Grand Canyon Village.

The third tourist who died was from Hong Kong. He tripped near the Grand Canyon’s Skywalk while shooting a selfie at the edge of the rim and fell hundreds of feet to his death.

• In Croatia, a teenager climbed onto the roof of a boxcar to take a selfie. He was electrocuted and burnt to death.

• In Columbia, a young woman fell to her death taking a selfie at Manto de la Virgen falls.

• In India, a young man was struck and killed by a train while recording a selfie video close to the tracks. The train’s horn can be heard in the video while the man ignores its warning.

• In Greece, a teenage boy fell almost 200 feet after climbing onto a rock to take a selfie.

• In Brazil, a 34-year-old man fell off a platform at Corumbá Lake while taking a selfie and drowned.

• In India, a man tried to take a selfie with a wounded bear and was mauled to death.

All together last year, there were 21 reported deaths of teens and adults who fell a great distance, drowned or were electrocuted while taking selfies. In 2017 it was much worse, as more than 50 died in a variety of accidents while taking selfies. Also in 2017, 48 people taking selfies in front of a burning bakery in Chennai, India, were seriously burned after repeated warnings by officials that they were too close to the blaze.

Years ago they were called self-portraits. Whatever they’re called, selfies have been around for more than 33 centuries. Archaeologists discovered a selfie made in 1365 BCE by Pharaoh Akhenaten’s chief sculptor Bak. The great Dutch painter Rembrandt van Rijn is the all-time king of the selfie. He painted self-portraits from the time he was a young man until shortly before his death in 1669.

During the first half of the nineteenth century, selfies became a photographic staple. Robert Cornelius, a life-long Philadelphian, is reputed to have made the first photo selfie in 1839. The famous U.S. Civil War photographer, Mathew Brady, made many self-portraits.

In the 21st century, the global popularity of the smartphone, with its highly capable cameras, boosted the ability of travelers and others to make photographic self-portraits.

Coupled with the popularity of social media, the problem of “death by selfie” has been rising everywhere. Along with many others, I have seen the competition grow between social media photo junkies to post the best selfie while traveling or while near home, visiting interesting places, events, etc.

“Selfie mania” has pushed otherwise mature, smart people to throw away their commonsense and put themselves unnecessarily into high-risk situations, which far too often result in serious injury or death.

I like selfies and have been making them for years. They have been an important part of my repertoire for decades. They’re fun, and can be highly expressive for photographers of any ability. For travelers, perhaps more than for others, selfies capture precious memories they can review for a lifetime and share with friends and family. Unfortunately, however, getting the greatest selfie ever has pushed some people beyond a state of reason.

In 2017, two selfie victims won Darwin Awards. Darwin Awards are given out to people who significantly improve the gene pool by eliminating themselves from the human race in an obviously stupid way. In Chinipas de Almada, Chihuahua, Mexico, two young women went to see horse races at a track next to the local airport’s runway. They climbed on their pickup’s roof and were taking selfies, while not paying any attention to a small plane that was landing. When the wing of the plane struck them, they were killed instantly.

Yellowstone Park’s rangers constantly warn visitors to stay clear of the Park’s bisons. Despite that, in 2015, a woman in the park with her daughter (can you believe doing this with her daughter?) trying to take a selfie, turned their backs to a bison weighing more than 1,000 pounds, that was just 20 feet behind them. The bison took off, caught the mother on the right side, then lifted her up and tossed her with its head. Unbelievably, she survived.

Why a customer service weakest link haunts every business 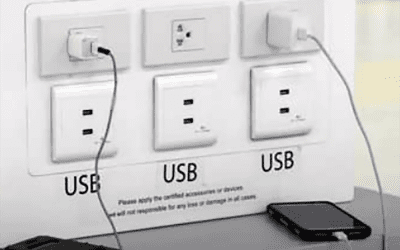