Reporting on Boeing and the FAA looked and sounded dire, but it was old news 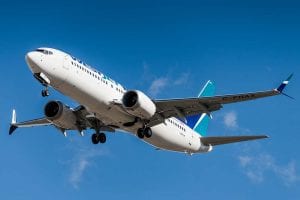 National Public Radio (NPR) released a damning report about Boeing and the Federal Aviation Administration’s (FAA) actions. The report claimed that Boeing and the FAA failed to certify a safe airplane. However, hearing the findings, the report was a rehash of old news, dating back almost two years. The subsequent FAA and Boeing actions have resulted in a good and safe aircraft. They now certify the Boeing 737 MAX can soar again.

A sweeping congressional inquiry into the development and certification of Boeing’s troubled 737 Max airplane finds damning evidence of failures. Actions at both Boeing and the Federal Aviation Administration “played instrumental and causative roles” in two fatal crashes that killed a total of 346 people.

The House Transportation Committee released an investigative report produced by Democratic staff on Wednesday morning. It documents what it says is “a disturbing pattern of technical miscalculations and troubling management misjudgments” by Boeing. This was combined with “numerous oversight lapses and accountability gaps by the FAA.”
…
“The Max crashes were not the result of a singular failure, technical mistake, or mismanaged event.” The committee report says, “they were the horrific culmination of a series of faulty technical assumptions by Boeing’s engineers, a lack of transparency on the part of Boeing’s management, and grossly insufficient oversight by the FAA.”

The Boeing 737 MAX should be recertified within months

Two flights crashed. Lion Air Flight 610 crashed in October 2018. And Ethiopian Airlines Flight 302 crashed in March 2019. Both were Boeing 737 Max aircraft. During the almost two years since the events, the FAA procedures and Boeing’s manufacturing protocols have been completely revamped.

The plane passed FAA scrutiny and European Union Aviation Safety Agency (EASA) testing. Both organizations have now certified the plane as ready to fly. Both safety agencies said that the Boeing 737 MAX can soar again.

Boeing, in a statement, noted, “We have learned many hard lessons as a company from the accidents of Lion Air Flight 610 and Ethiopian Airlines Flight 302, and from the mistakes we have made.  As this report recognizes, we have made fundamental changes to our company as a result, and continue to look for ways to improve. Change is always hard and requires daily commitment, but we as a company are dedicated to doing the work.”

Travelers United is sending a letter supporting the recertification of the 737 MAX. The consumer organization was the main consumer group that worked together with Boeing and the FAA to ensure that the plane would be safe.

The rest of this post is from our letter of support for both Boeing and the FAA actions to correct the flaws in the airplane design. We have always said that when the FAA and other international safety organizations were ready to certify the plane we would feel comfortable flying in the aircraft.

READ ALSO:
What happens to aviation with no airline policing?
Please donate to Travelers United — keep us working for you

The 737 MAX is the most scrutinized aircraft ever

Following two fatal accidents, the 737 MAX faced intense safety-oriented reviews by the FAA, EASA, and Boeing. The post-accident efforts included extreme testing and analysis by FAA’s best and brightest engineers and inspectors. They worked together with unprecedented cooperation from Boeing. The safety of this aircraft was tested repeatedly by different pilots from various organizations and has passed all tests.

During the recertification of the 737 MAX, the aircraft and the MCAS system have been scrutinized in detail and with full transparency. Travelers United has no question that when this plane is recertified, it will be the most scrutinized aircraft ever to be placed into service.

There is no doubt that both Boeing and the FAA have a lot at stake with getting the 737 MAX recertification right.  The very future of the U.S. as a major manufacturer of commercial aviation worldwide and the validity of the FAA’s certification, safety, and inspection programs are being tested by this process.

Travelers United has met with pilots from the United States, China, Australia, UK, Canada, and other nations. There were questions immediately following the crashes. Since then, the aircraft systems have been changed and improved to eliminate the issues. Travelers United has not heard from any of the pilots it met with about further misgivings.

The plane has been subjected to a thorough and unprecedented review of the plane’s safety. It is time to get the 737 MAX planes in the air serving the flying public. There they can enhance travel options for consumers and reduce carbon emissions and fuel burn. The Boeing 737 MAX can soar again. Travelers United has full confidence in the FAA’s safety reviews and the certification of the plane.

We look forward to flying on a Boeing 737 MAX again and have full confidence in the aircraft.

News of the death of travel is premature

The most important pandemic lessons learned about travel