The TSO reached between my legs and squeezed. I screamed 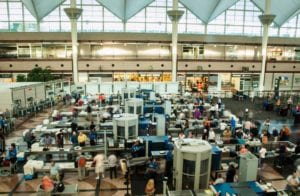 Fortunately, most of the time, I’m in the Transportation Security Administration (TSA) PreCheck line and sail through. A few years back, I was a PreCheck member who randomly got SSSS on my boarding pass, meaning secondary screening.

The TSA TSO (Transportation Security Officer) asked if I wanted to use a private screening room. I said no. I believe an enhanced patdown in public is safer. Things went alright until he got between my legs. He then used the front of his hand and squeezed. I screamed out! It hurt! He backed off, apparently embarrassed by his outrageous behavior. Everyone around us was staring at us. He immediately waved me on. Relieved and embarrassed, I left.

I should have complained, but I was so startled, hurt and happy it was over, I didn’t hang around to complain and chance further action.

Secondary screening is happening too often.

For some, secondary screening seems to be happening too often. For example, I know travelers with knee replacements, even in PreCheck, who explain about their condition, are required to go through a full-body scanner, and even after finding nothing in the scan, almost every time are forced to endure an enhanced patdown.

I’ve seen African-American men and women with braids and dreadlocks constantly pulled aside to have a TSO check their hair by grabbing ahold of it. That’s despite TSA being aware that their scanners give false positives about their hair. Black women, in particular, have been complaining about this for years, but it continues.

What should you do if manhandled (or womanhandled) by TSA?

What should you do if you believe you’ve been abused or singled out by TSA for no legitimate reason?

When you’re finished at TSA security, while you’re relieved it’s over, you need to complain. Since that time when I was so badly manhandled, I’ve complained when unnecessarily handled by a TSO’s fingers again. The problem is I have no idea if my complaint has been taken seriously or not. There is absolutely no transparency in the complaint process. Generally, the TSO taking the complaint is professional and sympathetic, but if they’re being honest with you, they’ll tell you that you won’t be able to find out what happens to your complaint.

TSA states that the enhanced patdown is part of their multi-layered process. They’ll tell you that examining travelers’ sensitive areas is part of that process and while it will be generally accomplished by the back of the hand, TSOs aren’t prohibited from using the front of their hand.

One of the reasons that TSOs have been able to get away with this outrageous behavior is that the federal courts have restricted travelers’ rights to sue TSA and their TSOs for abusing passengers.

The appeals court affirmed the district court ruling. In a 2–1 decision, the panel of judges found that because TSA screeners are not technically law enforcement officers, as a group they enjoy immunity from lawsuits based on nearly any accusation of misconduct in the performance of their duties.

TSA can act with impunity.

This decision essentially gave TSOs the ability to act with impunity when dealing with travelers. It gave them license to physically and mentally abuse passengers, as it eliminated any real hope of accountability to the American traveling public, or so we thought.

Last week, after a review by the full U.S. Third Circuit Court of Appeals in Philadelphia, the court ruled in a 9–4 decision that TSA TSOs were “investigative or law enforcement officers” for the purpose of searching passengers. That, in turn, waived their usual immunity from lawsuits. Judge Thomas Ambro said the “intimate physical nature” of airport screenings allows travelers to pursue some civil claims under the Federal Tort Claims Act.

The Supreme Court will probably hear the case.

While this case will undoubtedly go to the U.S. Supreme Court, for now, there is hope that travelers can hold TSA officials accountable for their actions when they are clearly intentional and abusive.

The sad part of all of this is that secondary screening and enhanced patdowns, in particular, should be unnecessary in most situations.

If TSA would install the 3D scanners for luggage that they’ve already approved, almost all secondary screening due to questions about the contents of luggage would be eliminated. At secondary screening, a standard police-style patdown should easily discover weapons, if that’s a concern after a full-body scan. The use of explosives-sniffing dogs could eliminate almost all of the intrusive enhanced patdowns which are used to search for explosives.

If you’re unfairly singled out or believe you’ve been abused by TSA at airport checkpoints, complain. Put TSA on notice that they will not be permitted to continue “business as usual.” TSA will never change unless the American flying public forces them to.

The dirty truth about mandatory cleaning fees on vacation 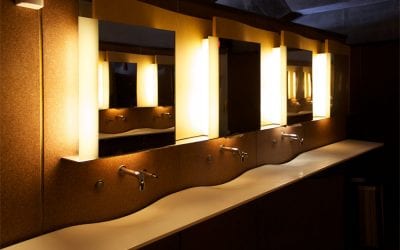 Fly safely during the COVID-19 pandemic