Why antitrust protections and DOT don’t work for airline passengers

The government’s aviation consumer protection system for consumer complaints is a complex mess. The mishmash of organizations that theoretically work for passengers takes turns stepping on each other’s toes. And, the state judicial system cannot protect passengers because of Supreme Court rulings.

Airline consumers face a system that works against any consumer protections. Every branch of government has taken away rights from consumers. No one government entity has worked regularly to create a true system of passenger rights.

Airline competition has been eviscerated by the government

Antitrust votes eliminated competition from the airline industry. The merger system has reduced a once-vibrant collection of airlines all vying for business. In today’s aviation world only four companies control more than 80 percent of domestic business.

Plus, the Department of Transportation (DOT) regularly eliminates more international competition with its creation of airline alliances. Even more damning is the DOT creating antitrust immunity (ATI) grants handed out to US and international airlines that work against consumers. There have been no demonstrable consumer benefits from the grants of ATI. However, DOT continues to issue more ATI grants without any major reviews of their decisions.

In the meantime, airlines have created barriers to allowing passengers to book tickets, get boarding passes, and check baggage on cross-alliance flights. Airline alliances are used like regional monopolies to harm consumers. London, Frankfurt, Amsterdam, Munich, and Paris are major alliance hubs that discourage connections to non-alliance flights and where alliances often refuse to transfer baggage outside of their own alliances.

The airline alliances, created to increase competition and lower prices, have done the opposite. Today, three alliances control about 85 percent of international traffic.

Finally, the FAA has the power to add competition to crowded airports. However, it refuses to do so. Or, it is afraid to do so. A look at New York City’s La Guardia Airport shows two airlines controlling almost 70 percent of the take-off and landing slots. That kind of concentration does not produce any real competition. Passengers lose with higher airfares.

DOT has no system set up to adjudicate consumer complaints

An unintended consequence of the airline deregulation bill of 1978 has been the erosion of passenger legal rights. The Supreme Court ruled that federal preemption precluded the Attorneys General from two separate states from using local consumer protection laws to protect consumers from false advertising. This has led to the entire elimination of the state and local justice system from consumer protection actions.

DOT is in the position of being the rulemaker, prosecutor, judge, and jury when it comes to consumer protection. However, unlike the state and local judicial system, no rules exist to allow for legal actions within DOT. Consumers can only petition DOT to take action.

DOT justice is neither timely nor effective

Here is the Airline Passenger Bill of Rights language regarding preemption and the private right of action:

SEC. 211. NO PREEMPTION OF CONSUMER PROTECTION CLAIMS.
Section 41713(b)(4) of title 49, United States Code, is amended by adding at the end the following:
“(D) NO PREEMPTION OF CONSUMER PROTECTION CLAIMS.—Nothing in subparagraphs (A) through (C) may be construed—
“(i) to preempt, displace, or supplant any action for civil damages or injunctive relief based on a State consumer protection statute; or
“(ii) to restrict the authority of any government entity, including an attorney general of a State, from bringing a legal claim on behalf of the citizens of the State.”.

Travelers United and other consumer groups meet with the DOT Consumer Advocate staff regularly. They asked to reintroduce a private right of action for consumer protection claims. Even DOT representatives privately agree that the adjudication system is not adequate or as robust as the long-standing state and local procedures.

Know the real rules for compensation when you are bumped 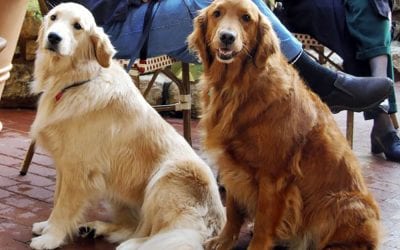