With the stroke of his pen, the DOT Secretary can improve travel for passengers 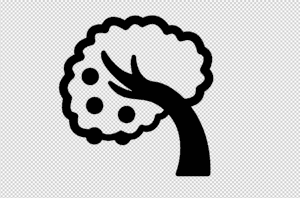 Travelers United sees four areas where the Secretary gets airline consumer wins with the stroke of his pen. We want Secretary Buttigieg to start with these basic travel changes. We do not want to involve congressional committees initially. Over the past decade, much already completed work allows immediate change the status quo.

Plus, these basic travel changes show the arrival of a new sheriff in town, one who focuses on passengers and the aviation industry.

In the Federal Aviation Agency (FAA) Bill of 2018, the position of consumer advocate makes consumer protection part of DOT’s mission. This position, according to Congress, provides a focus on consumer issues. The drafters of the bill expected more.

The mission of DOT currently mentions no consumer protections. However, the Department under Buttigieg can fix this as quickly as Secretary Chao changed the mission statement. The current mission statement needs the following last two-sentence paragraph added below for a major airline consumer win. Of course, this wording may be edited.

DOT Mission: To ensure America has the safest, most efficient, and modern transportation system in the world, which boosts our economic productivity and global competitiveness and enhances the quality of life in communities both rural and urban. DOT is also the main consumer protector in the US aviation system. The Department guarantees a forum to process consumer claims and ensures passenger protections.

This simple request requires no new legislation. Posters at airports inform passengers of their basic rights. In Europe, posters display passenger rights next to Jetways and above baggage carousels. Travelers United, back in its early days, suggested a way that the private sector absorbs all costs. Plus, airports can display posters on a voluntary basis. Voluntarily displayed passenger rights posters in Europe deal with compensation for lost/delayed/damaged luggage, denied boarding compensation, and notification of European Union delay rules at international gateways.

Passenger rights can be printed on all computer-generated boarding passes and flight itineraries. In the past, the Warsaw Convention rules printed on the backs of all ticket stock informed passengers. This simple rule ensures that consumers know basic rights. The following shows a sample.

Passengers can claim up to $3,800 compensation in cases of lost, damaged, or delayed checked baggage; up to $1,550 in cash for denied boarding compensation, and other compensation for delayed international flights. File complaints with DOT at http://airconsumer.dot.gov/escomplaint/ConsumerForm.cfm

This language, developed by the Secretary of Transportation, should be printed on all computer-generated boarding passes and ticket itineraries. The former language disappeared because airlines simply stopped printing it on ticket stock. The DOT Secretary need only the stroke of his pen.

Airlines already get the use of the money for free as long as they hold the flight credits. No justification exists for having pandemic flight credits or any pandemic travel credit expire. The money belongs to the travel consumer.

The DOT can act in the best interests of the country and take necessary action. A simple emergency dictate from DOT similar to the instruction that required airlines to serve all airports during the pandemic suffices. The plague of different rules for airline credits must end. Plus, the credits should not expire. The credit value should function just like a store gift card. Again, this change in the flight credit rules comes with the stroke of his pen.

Initiate rulemaking for families sitting together. The law was passed as part of the 2016 FAA bill

Secretary Buttigieg’s staff should begin a rulemaking regarding the Families Sitting Together portion of the already-passed FAA Bill of 2016. The bill passed by Congress and signed by the President provides low-hanging fruit.

Not later than 1 year after the date of enactment of this Act, the Secretary of Transportation shall review and, if appropriate, establish a policy directing all air carriers … that enable a child, who is age of 13 or under on the date an applicable flight is scheduled to occur, to be seated in a seat adjacent to the seat of an accompanying family member over the age of 13…

After a DOT rulemaking study, this rule fulfills DOT’s mandate. Congress clearly passed the bill. DOT’s obligation — start a Department rulemaking, Move this bill forward with the stroke of his pen. 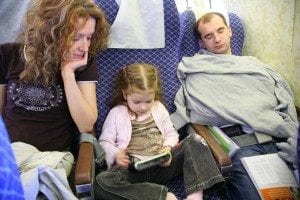 These basic travel changes need only the stroke of his pen.

If the Secretary of Transporation does not use his emergency power, airlines will steal $10 billion from their passengers