The longest-flight-first rule can save hassles when forced to fly on connecting flights.

Nobody likes booking connecting flights — well, almost nobody. Admittedly, I’ve known a few people who like a chance to stretch their legs or take a smoking break, and sometimes the extra miles from a connection might be necessary to reach status. But, in general, given the choice, travelers like nonstops.

This winter holiday, make sure to follow this rule as planes start to get filled up. Even the middle seats will be packed. If you are booking connecting flights to save money or because of frequent flier miles, remember the longest-flight-first rule.

Try to use the longest-flight-first rule when connecting

If connecting flights are necessary, besides allowing enough time, there is one rule I recommend to all travelers, if possible — take the longest-flight-first rule.

YOU MAY ENJOY: Ways airlines squeeze extra money from you today

This doesn’t mean that a passenger has to calculate the miles exactly. If the alternatives are connecting two cities in the middle of the country, the connecting city with a lower price or better weather is probably the right choice.

Getting the longest flight out of the way opens other options

As airlines are digging out from their mini-computer meltdowns, I’ve had several clients going from San Francisco to Europe, with destinations that do not have nonstop flights. All of the flights were connecting in Frankfurt, Munich or London. Plus, most of their flights were over an hour late out of San Francisco. As might be expected with computer meltdowns, some of the clients missed their connections. But, since they will be landing in Europe, there are plenty of options and United and I have been able to get them all rebooked to arrive the same night as scheduled.

In one case, we booked a passenger with a delay connecting in Berlin onto a two-hour-later flight from Frankfurt. Then, while walking to the new flight, he passed a gate with an earlier delayed Frankfurt-to-Berlin flight. He asked if he could board that flight. Plus, he had only carry-on, so they said, “Yes.” He ended up arriving barely later than originally scheduled.

At times, with flight delays, some decide to drive. I’ve even had clients — especially those connecting to short commuter flights — decide to drive or take a train to their destination.

If a short domestic flight is delayed, the next connecting option might mean a considerable wait

It gets worse for an international destination. Land late in a US city, miss your connection, and the next flight is likely to be the next day, quite possibly even a full 24 hours later.

Sometimes, especially from smaller airports, the only possible origination flight is a short flight. Often it is on a regional jet. And, for international destinations, even larger airports may not have many options. So, sometimes the “longest-flight-first” option is impossible.

In those cases, the best solution is just to allow as much time as possible for the connection. Being hours late is annoying. Being a day late is likely to seriously upset your plans.

Is annual travel insurance really worth it? 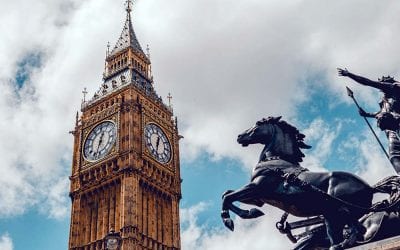