Is a travel rewards credit card right for you? Think carefully. 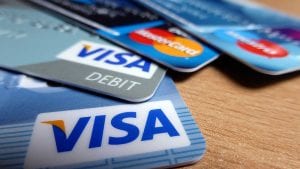 More than one-third of Americans (35 percent) carry a credit card in their wallet that earns travel rewards, according to a survey of 2,000 adults by the personal finance website NerdWallet. Many people greatly overestimate the value of the points or miles they accumulate:

Overestimating the value of using a rewards credit card “can be a real letdown when you go to redeem those points in the future and find you don’t have enough,” said Sara Rathner, NerdWallet’s credit card expert.

“It’s very important to understand the value of a card’s rewards, and other ways that the rewards program operates, so you know what you’re getting into — ideally before you even apply for your card,” Rathner told NBC News BETTER.

Tip: If you’re considering a card with a sign-up bonus, know how much you’ll need to spend and how quickly to earn those extra points/miles. Is that level of spending realistic for you? You don’t want to spend more than you can afford simply to earn a bonus.

Don’t hoard points/miles for too long

“Stockpiling travel rewards and letting them collect dust in your account is pointless,” Rathner said.

In some cases, rewards points or miles can expire, but the big risk is that they drop in value, if the airline or credit card company changes its rewards program.

“That way, if one of the partner programs changes its award structure, you have other options to still realize value for your hard-earned points and miles,” said Brian Kelly, The Points Guy, in an email to NBC News BETTER.

Earlier this month, United Airlines announced that it’s changing from a static and predicable mileage reward chart to a dynamic-pricing system which will, as the airline described it, “fluctuate based on a variety of factors, including demand.” This new awards program applies to all new reservations for travel on or after November 15.

“If you’ve been saving up for years in the hopes of booking a specific trip, only to find that the price of said trip has doubled, that can be devastating,” said Kelly. “With more airlines shifting away from fixed award rates and towards more dynamic-pricing models, it’s much harder to determine what a ‘good value’ award is.”

While it can make sense to sock away rewards for a big trip, the smart move is to do that with a general-purpose rewards card that pays you back in points, rather than an airline credit card that pays you in miles that can only be used for tickets on its flights.

Does a travel reward card make sense for me?

There are two basic types of travel rewards cards:

“Each travel rewards card has different ways to earn and redeem points or miles,” says Oliver Browne, credit industry analyst with Credit Card Insider. “Generally, if you’re a person who doesn’t like a lot of fuss, a travel rewards card may not be a good option for you; a cashback card would be better.” Note: You’ll need good to excellent credit to qualify for a rewards card.

ALSO ON THIS BLOG: 8 Common travel scams and how to avoid them

Other things to consider:

How to find the best travel rewards credit card for you

The best travel rewards card is the one that works the best for you, based on your spending patterns and travel habits. You need to do your homework to learn the ins and outs of various programs. Compare how you’d earn rewards with that card and how you can spend them, as well as introductory bonus (if any) cardholder perks, and annual fee (if any).

Note: These highly-rated cards have no annual fee: Bank of America Travel Rewards cards, the Capital One VentureOne Rewards and Quicksilver cards, and Discover it Miles.

“It really is about finding the balance between the cost of holding the card and the value of the points you can get from the card,” NerdWallet’s Rathner said. “You always want to tip the scale in favor of getting more value as a reward than you would pay to hold the card.”

To get you started, here are some links to “The Best Travel Rewards Cards of 2019, according to NerdWallet, Credit Card Insider, The Points Guys, CreditCards.com, WalletHub, CompareCards and LowCards.com. 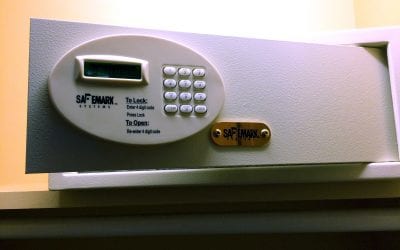