Protect your safety on Lyft and Uber. Be aware of security risks 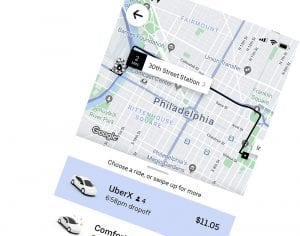 According to Transport for London, the most serious issue cited was that at least 14,000 trips were by unauthorized drivers. They were using false identities between late 2018 and early 2019. The unauthorized drivers used authorized drivers’ accounts, with their own uploaded photos to fool users. The drivers were able to pose as though they were vetted, licensed and insured, but they weren’t. Uber is appealing the decision, so for now, Uber cars will continue to operate in London.

Almost from the start of their popularity, ride-hailing companies such as Uber and Lyft had security rules issues and complaints about driver vetting. From the moment you start a ride-hailing company’s app on your smartphone, you must take personal responsibility for your safety while using the company’s services.

Safety precautions are a must when using ride-hailing companies.

I’ve got fourteen Lyft and Uber security rules you should always take when using Uber, Lyft or another ride-hailing company.

If you’re alone and impaired from drinking, etc.,
Call a friend to pick you up, not a ride-hailing company, when you’re seriously impaired. In that condition, you can’t suitably take care of yourself and you can’t assume that your driver is a good person.

Before you order your ride, if you’re choosing car-pooling to save, reconsider.
I won’t ride in a ride-hailing company car with passengers you don’t know. I think it’s too dangerous. Particularly if you’re alone, don’t let strangers ride with you.

Wait for the car in a well-lighted spot.
Protect your safety on Lyft and Uber. Don’t wait in a dark, deserted location for your ride.

READ ALSO: What can I do after a car rental accident (with no insurance)

Match your smartphone app data to the car and driver before getting in.

When the car arrives, check its make, model, color and license plate before opening the car’s door.
Ride-hailing companies provide all users with the make, model, color and license plate number of the car picking them up. Match all four to the description on the company’s smartphone app before entering the car. If the information doesn’t match, don’t get in.

Ask the driver his name and match his photo:
The driver’s name and photo will be on the company’s app. When you open the car’s door, ask the driver for their name and have them turn to you to match their face to the photo. Don’t use the name of the driver you’re expecting in your question. Don’t ask, “Are you Harry?” If it’s dark and you can’t match them to the photo, ask them to turn on their car’s inside lights. If anything doesn’t match, don’t get in the car.

Be aware of safety risks.

Alone in the car? Communicate with family or a friend during the ride.

Share your ride details.
Both Uber and Lyft allow you to share your trip with a friend or family member. Use it to send the details of your trip to them.

Drop off:
When you’re dropped off at your destination, have the driver pull over to a safe, well-lighted location.

There is nothing you can do to be “absolutely” safe when being driven by a ride-hailing company, but if you follow my commonsense suggestions, you can significantly enhance your safety while using the convenience and comfort of these companies’ vehicles.