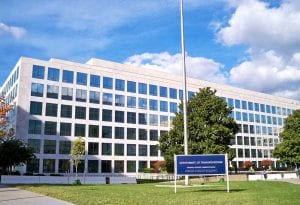 As we come to Memorial Day, the newspapers, radio, and newsletters fill with scare headlines from the Federal Aviation Administration (FAA). Though a part of the Department of Transportation (DOT), it seems to focus on fining passengers. DOT never fined a passenger that I know of. And, DOT airline fines seem to be only for breaking DOT regulations … sometimes. Plus, all DOT airline fines are considered “consent orders.” This normally means the fines are cut in half unless the airline repeats the infraction.

The DOT Secretary Buttigieg needs to get a handle on this fine situation. He should speak to America’s travelers as soon as possible. Our Department of Transportation leader is asleep at the customer service switch. One-half of his organization duns citizens like crazy for actions enforced by the FAA. And the other half, the DOT, responsible for fining airlines for their violations, sits quietly. Something stinks. Rules seem always to tilt away from passengers. They are irritated.

The FAA passenger fines are soaring. The FAA claims that there has been a dramatic increase in violent conduct in airports and planes. Flight attendants have lost teeth. The AP source quotes fines of $15,000. And reports of infractions show that most are the result of passengers protesting wearing their masks.

In a typical year, the FAA sees 100 to 150 formal cases of bad passenger behavior. But since the start of this year, that number has jumped to 2,500, including about 1,900 passengers who refused to comply with the federal mask mandate.

ABC News notes that fines of more than $60,000 have been issued this week alone. This ABC News article covers a litany of passenger actions.

A flight attendant took champagne from a coach passenger that was given to them by a first-class passenger. That coach passenger went ballistic. The flight was diverted and the passenger fined. Of course, there was no question that the flight attendant was wrong. No media has questioned whether the rule that was broken was a law or federal regulation — it was not. The rule is an airline policy that most passengers (and crewmembers) have never heard of or read.

The passenger did break one FAA rule — he did not obey the instructions of the crew member. That is a federal offense. But, giving flight attendants such power rightly may result in pushback from Americans who obey laws they know and reject those that seem to change between flights.

Alcohol has been involved in virtually every situation. Of course, airlines keep pouring to keep income flowing.

Fines of $32,750, $16,500. $9,000, and another $9,000 were imposed against the passengers. The FAA claims it is strictly enforcing a zero-tolerance policy toward passengers who cause disturbances on flights or fail to obey flight crew instructions in violation of the FAA’s regulations or engage in conduct proscribed by federal law.

Another passenger, according to CBS News was fined $52,000. The FAA is seeking fines under its zero-tolerance policy. Delta Air Lines is getting ready to throw passengers out of their SkyMiles Frequent Flyer Program. And, even though almost all of the major problems with passengers “interfering with flight crew members” have involved drinking, flight attendants are still pouring drinks.

Airlines, DOT, and the FAA must accept responsibility for many of these passenger altercations.

What would happen if the FAA and DOT were to adopt a zero-tolerance rule for airline infractions? And then, hired five enforcers per flight to make sure airlines followed the rules? The prisons would be overflowing or the airlines would have to return much of the money they make from airfares to the government as fines.

I’m sorry to say, the airlines, DOT, and the FAA have brought much of these problems upon themselves. When it comes to enforcement, DOT does not practice a zero-tolerance rule with airlines. It never has. Why should they do that with passengers?

When airlines break rules and regulations they affect millions of passengers in some cases and hundreds of passengers at the very least. A passenger disrupting a flight affects the flight attendant involved and a handful of passengers. Why should the airlines escape a fine and the passengers should pay?

The FAA has never faced this level of discontent, nor has DOT. Both require new solutions and time for changes to take effect.

The DOT must clarify the difference between breaking a law and breaking an airline policy. There is a big difference. However, the FAA allows federal law to creep in when they hold passengers responsible for a federal crime when they are upset about the airline policy.

Government actions in changing the rules of travel took place without time for the industry and government administrations to prepare for the onslaught of travelers. TSA is playing catch up — security lines are long. Many airport restaurants will remain closed until at least mid-summer. Hotels don’t have the staff to clean rooms every day or to change water glasses in bathrooms. Wheelchair assistants are hard to find.

Airline problems are coming fast and furiously. These are not the passenger’s fault.

There is no zero-tolerance when it comes to DOT airline fines, but FAA passenger fines are made with that  mistaken view of reality. The industry says over and over again, “Passengers have to understand.” An article in the Wall Street Journal outlines the travel drama that passengers are facing right now. I cannot blame travelers for being disgruntled. Heck, I am as well.

The airlines don’t have enough planes flying. While airlines were fast to take government money and keep passenger money to survive the pandemic shutdown, they are slow to give back the money they hold. Plus, passengers who thought they could use their airline credits are finding a litany in fine print that makes their use difficult. Telephone lines are filled and reservation centers are understaffed. All this is not the fault of the passengers.

Today’s stories about problem passengers relate to less than one percent of fliers. Airline problems affect the entire aviation system.

Ninety-nine percent of passengers behave well. Unfortunately, they are being used by the media to forgive the actions of airlines, DOT, FAA, airports, flight attendants, TSA personnel, and more. Let’s face it. This is a confusing time. Pent-up demand is driving travel beyond its capacity. The government and the travel industry have no answer for this unintended consequence.

Newspaper articles say that passengers must travel with patience in abundance. On the other hand, the same attitude should be displayed by the government, airport, and airline workers. Plus, FAA passenger fines and DOT airline fines are not the solutions.

Where is Secretary Buttigieg? The airline mess is getting worse.

Where are the enforcers at DOT who are supposed to fine airlines for breaking regulations and lying to passengers? And, where was the FAA “enforcement” for years when Boeing was building airplanes without proper supervision that resulted in billions of dollars in aviation losses? Why are passengers lashing out at airline crews? And, why didn’t the DOT foresee the problems of shifting passenger service into high gear?

It is time for the Secretary of the DOT to speak to the American public. He should say that he knows all is not perfect, but that his people and the industry are working to get everything to function again. The last thing we need is the FAA acting like a version of the secret police fining travelers exorbitantly. Flight attendants should not treat all passengers as enemies. And there should be consequences when airlines break DOT regulations

We are not living in the aftermath of 9/11. Traveling today will simply take time to get better. Time to hire new people, Time to buy equipment. Customer service must be rebuilt. Plus, we need to be understanding with each other. There is enough blame to go around, as you can see.

READ ALSO:
Why do individual travelers pay higher fines than airlines?
DOT fines have no teeth. Would a $2 fine deter you? 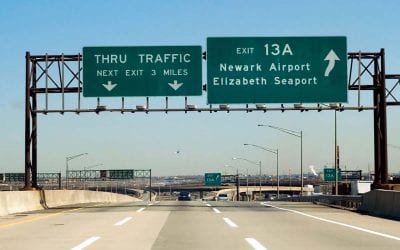