As the pandemic subsides in the US, passenger safety problems rise with increased air rage. 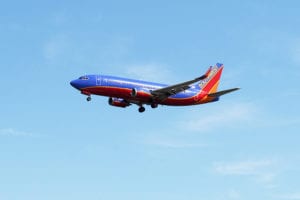 It seems as though we hear about another airline passenger going berserk every day. Air rage is increasing on flights across the globe.

Last week, a woman on a Ryanair flight from Ibiza, Spain, to Milan, Italy, allegedly spit on passengers and pulled one passenger’s hair after she was asked to pull up her face mask. According to Southwest Airlines, a woman on one of their flights attacked a flight attendant last month, causing the crew member facial injuries and the loss of two teeth.

Incidents of air rage haven’t been confined to aircraft. They’re occurring in airports, too.

These incidents haven’t been confined to aircraft. In Miami International Airport, witnesses describe a fight between two groups of people. It involved at least seven passengers at an American Airlines gate when there weren’t enough standby seats for all those waiting for them. Days later, again in Miami, a brawl broke out at a Southwest Airlines gate.

As we slowly emerge from the COVID pandemic, my concerns about increased air rage aboard commercial airlines grow with each incident. I’m concerned about passengers assaulting each other and the flight crew. Passengers attempt to breach cockpits and fights start over who deplanes first. Airline travelers are seriously injured. I’m concerned as these incidents already cause departure delays and flight diversions.

What can air travelers do about these problems? Here are my suggestions to help you cope with a difficult flight to slow increased air rage.

Schedule extra time for connections:
When scheduling air travel that includes a connecting flight or meeting a cruise or tour, don’t assume your flight will arrive on time. I always recommended travelers allow for problems of weather and mechanical difficulties. For now, also allow for late departures due to unruly passengers and increased air rage.

Invest in a good headset:
Prevent potential passenger confrontations by quickly putting on a headset after you’re seated and immersing yourself in a book, magazine, video, music, or some other diversion. Show the passenger near you that you have no intention of engaging with them. They may continue to try for awhile, but a quick word indicating you’ve set aside this time for yourself and wearing the headset normally stops them. It’s worked for me countless times.

Prevent personal space invasion:
Nothing seems to set off airplane passengers more than if their personal seat space is being invaded. Don’t lift up armrests or allow them to be lifted. Don’t spread out your legs or lean into the seat beside you.

Always stay calm and polite when unruly passengers try to confront you. Yelling back and being equally obnoxious won’t help.

Stay calm, be polite, don’t raise your voice, don’t escalate:
Even when someone on the plane is being rude, loud or obnoxious, remain calm and polite to avoid escalating the situation. Firing back at their level will virtually assure that they won’t listen and will escalate the situation. If you use that tactic, you may find yourself in trouble with the flight crew, too.

Let the flight crew handle the situation:
Flight crews get training to control air rage. If a few calm words or your thoughtful actions don’t work, ask for help to diffuse a situation before it gets out of hand. If I’m able to physically go to a flight attendant to ask for assistance with air rage, I do it rather than use the call button. It’s often better to ask for help privately.

If it’s not a significant problem, don’t make it one.

If it’s not a big deal, then don’t make it into a big deal:
Don’t sweat the small stuff. Let it go. Too often, confrontations come from something that should have been ignored.

Avoid becoming physical:
Taking matters physically into your own hands rarely turns out well for anyone. Don’t cross that line unless it is absolutely essential, such as being assaulted or helping someone who is.

If you have to deal with a drunk passenger or one that refuses to wear a mask, you’re probably better off letting a flight attendant handle them.

Drunk passenger:
If a passenger is clearly drunk and abusive, let a flight attendant know, particularly these days when many airlines aren’t serving alcohol, but passengers have their own stash.

Passenger not masking-up:
At this time, in the U.S. and elsewhere, air travelers are required to wear face masks on planes unless they are legitimately eating or drinking. If someone isn’t masking-up, you can say a quiet word that it’s required to wear a face mask, that you’re wearing a mask to protect others and that you hope they will do the same. If that doesn’t work or if you’d rather not say anything, which might be best, ask a flight attendant for assistance.

Air travelers can do much to prevent small incidents and small anger from blowing up into real air rage, physical harm and other serious consequences such as missed flights, tours and cruises. It takes planning, calm, judgment and commonsense.