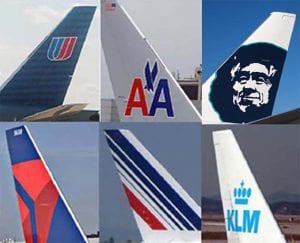 A major antitrust bill introduced in the Senate by Senator Amy Klobuchar (D-Minn)  has received a lot of press for targeting the high-tech industry. However, it also may protect travelers from higher fares, room rates, and increases in fees from future airline and hotel consolidation.

Now, I admit right up front that I am NOT a lawyer, so apologies for any technical details I get wrong. As I understand it, the bill intends to put the onus on big companies to talk about why the merger should be allowed, rather than on regulators to prove why it shouldn’t be. Mergers will be based on whether or not they improve the economy for consumers.

And clearly, companies like Google, Facebook, Amazon, and others will be targeted by this bill. However, as a travel agent, when I hear the phrase “any dominant firm seeking to acquire another company,” I think airlines (and to a lesser extent, hotel companies).

Today’s downtrodden airlines may reinstitute and raise airfares and fees

Right now, airfares are historically low, and airlines have been, on the whole, relatively generous in waiving change fees. (Although less so with last-minute low prices.) But it seems to me that when air travel does pick up again prices and fees will go up quickly as well. Airlines will strive to replace the income that they are shedding right now to encourage travel.

And while we don’t have a monopoly airline in the United States, we definitely have an oligopoly. United, American, and Delta right now have about 50 percent of air travel business between them.  Southwest has another 17 percent.

It wasn’t that long ago the number of major US carriers was double what we have now. Since 2000, we’ve had American Airlines buy TWA, along with US Airways (which merged with America West earlier). United and Continental merged. Delta did the same with Northwest. Even Southwest bought ATA and Air Tran. Most recently, Alaska got into the act by buying Virgin America.

All of these were billed in emails and press releases as a good thing for consumers. Passengers might have more options for frequent flier miles. But in reality, the mergers and acquisitions generally resulted in increased prices. And in many cases, service has been greatly reduced. St. Louis Airport, TWA’s hub, lost most of their nonstops after the purchase by AA. Cincinnati (a former Delta hub) lost most of its service. Cleveland (a former Ohio hub) saw flights increase and then decrease.

American, Delta, and United move in lockstep with airfares and fees 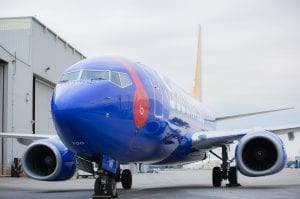 Southwest happily goes their own way on most things. But as anyone in the travel industry knows, the big three tend to move in lockstep. With fares and fees, when one airline raises them, the others follow. This happens even in unusual instances that those not in the business might never notice. For example, for years passengers going to Europe could stop for a layover in the gateway cities. These included layovers in Frankfurt, London, Amsterdam, for about $100. While I don’t remember who started it, some years ago they all raised that charge with no notice or announcement to $500.

Will COVID fees be added next?

Clearly, the airline business is seriously hurting, I don’t begrudge them making money again, as we do need airlines staying in business. However, how much consolidation might be ahead?

Will airlines consolidate even more after this pandemic?

Alaska and JetBlue for example, have policies that tend to be more consumer-friendly. Frontier offers low prices, albeit with a lot of potential fees that are at least technically avoidable. And the other smaller carriers do put pressure on the larger carriers to keep prices down.

All airlines are struggling. Will American, Delta, and United decide that one way to survive would be to eliminate as many competitors as possible by acquisition? American Airlines is already in talks to increase code-sharing with JetBlue and eliminate many of the remedies created to allow the AA/USAir merger.

It’s even possible, theoretically, that two of the big three could decide that they should join together to eliminate a major rival.

Once travel bounces back to some extent, hotel mergers and acquisitions are another potential area where travelers stand to suffer. If consolidations are allowed to continue without oversight travelers may see increased resort fees and tighter cancellation policies, for starters.

READ ALSO:
Stop family fees to help airline and tourism rebirth
Will hated airline fees disappear? Or will there be more?

The distaste for airline and hotel fees is clearly bipartisan

Airlines and the travel industry might not be the top target of Klobuchar’s antitrust bill. This new law regulating large mergers could presumably be used to safeguard travelers against further consolidation. Of course, Democrats and Republicans don’t agree on much these days. But one common frustration is the increase in fees for airlines, vacation homes, and hotels. Eliminating fees, especially new COVID-related ones, will remain one of our country’s few bipartisan issues.

A second passport? Can you get one? Is it useful?