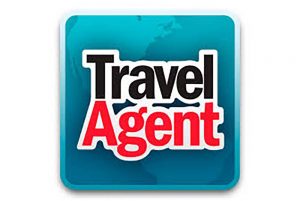 This client loves sharing stories with her friends of being right. Her tale is one of those stories. And, it focuses on real travel agent benefits.

Her son, who often books direct himself, was flying on American Airlines to Miami with his girlfriend for a five-day vacation. But, on the morning of the flight, he was in a Lyft car that was rear-ended. Moreover, he was not wearing a seat belt and hit his head.

While the accident could have been much worse, he ended up feeling a bit shaken, and with a headache. While he still wanted to travel, there is always a risk of concussion with head injuries, or worse, an injury that might not show up immediately. So, he got himself to the hospital for X-rays. However, he had no idea what to do with his flights and hotel reservations.

Meanwhile, my client let me know what happened. I immediately called American to explain the situation. Since our agency group books a significant amount of travel with the airline, we have access to preferred phone numbers unavailable to the general public. This is a real travel agent benefit.

As I explained to the phone agent, it was going to be impossible for the young man and his girlfriend to make the flight, but if the doctor gave permission, they still wanted to go. American Airlines explained that they had a red-eye flight with plenty of space, and they do have a $75 same-day change fee. AA also had a flight the next day with space, but if he traveled then, it would be about $500 a person more. The agent explained that they could send in documentation from the doctor or hospital to see about a refund from consumer relations after the fact.

It would have been simple then to change to the red-eye flight, but at this point we had no idea if he could get medical clearance. So, the agent I spoke to suggested I just make sure he not no-show the original flight and call back. Access to in-depth information is another travel agent benefit.

As it turned out, the exam and X-rays showed he had been lucky indeed, and that afternoon he was cleared to fly. The doctor did include an admonition to wear a seat belt in the future.

At this point, I called American again. This time the agent lectured me on not already changing the ticket. He said it should have been changed at the time the original flight was cancelled and would be a lot more expensive to do now. Uh, except that earlier in the day, there was the worry that he might have had a serious brain injury. As I nicely pointed out, American Airlines really didn’t want to have a cross-country flight take off and have to land for a medical emergency.

Short version, the second agent spoke to a supervisor, American changed them to the red-eye, and only charged the $75-per-person fee. That was a monetary travel agent benefit.

The next travel agent benefit was that I called the hotel and told them the clients were now arriving at 7 a.m. the next morning. I asked them to please hold the room without giving it away so the travelers could check in and sleep immediately. (This is a different post, but even when a room is guaranteed for late arrival, if travelers show up in the wee hours, hotels sometimes charge both a no-show bill AND give that room away, if not warned in advance.)

All ended well. They arrived, slept for a few hours, and were on the beach the next afternoon. This was not some superhuman effort by our agency on their behalf. However, it was being a professional, knowing who to contact, and taking care of the situation when the client certainly wasn’t in a position to take care of it himself.

THAT’s a perfect example of why travelers should use a travel agent.