FAA plane incident data and testimony must be preserved and honest 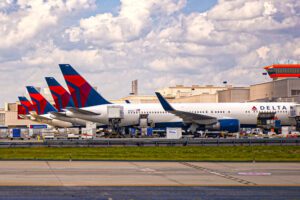 You’ve likely read about the January 15 close call between Delta Air Lines flight 1943 and American Airlines flight 106 at John F. Kennedy International Airport (JFK). While taxiing, the American jet crossed the runway into the path of the Delta jet that had started rolling for its takeoff. Fortunately, just in time, air traffic controllers ordered American 106 to “Hold position!” and Delta 1943 to “cancel takeoff clearance,” but it was close. FAA plane incident data was sketchy.

After the incident, the Delta flight was canceled, but the American flight flew on to London and was only 13 minutes late. FAA plane incident data left many questions unanswered.

While a deadly collision was prevented, because of poor FAA plane incident data many questions need to be asked in the aftermath.

I’ve got many questions about how the incident occurred and how it was handled in the aftermath of the near collision, but before we start asking questions, let’s review exactly what happened.

So, what happened at JFK?

The Delta flight was waiting at the end of JFK’s Runway 4L for permission to take-off. At JFK, Runway 4L and Runway 31L intersect. While the Delta 737 was getting ready to take off, the American 777 was taxiing, according to recorded publicly available radar reports, when it neared the intersection of runways 4L and 31L.

An air traffic controller told the American 777 to cross Runway 31L, not Runway 4L, where the Delta flight was to take off, saying,

Almost at the same time, another air traffic controller told the Delta jet that it was cleared for takeoff,

As the Delta flight was taking off, the American flight turned onto the wrong runway and crossed in front of the Delta plane rumbling down the runway.

Meanwhile, with the Delta flight starting their takeoff, the recorded ground radar shows American 106 jogging left then right, then heading for Runway 4L, instead of turning right to cross Runway 31L, as instructed.

About 20 seconds later, the air traffic controllers looking out at JFK’s runways and reading the ground radar desperately attempted to avoid the crash they saw unfolding. First, they called the Delta flight saying,

You can hear the desperation in her voice. The Delta jet was just able to stop a mere 1,000 feet short of where the American Airlines Boeing 777 crossed the runway. While a thousand feet (305 meters), the length of ten football fields, sounds like a lot, it’s not. It’s been reported that the Delta plane was at 115 mph (100 knots) and accelerating when they slammed on their brakes. At 115 mph, the Delta jet would cover 1,000 feet in less than six seconds. So, this close call was a mere six seconds from disaster, almost no time.

“American 106 heavy, possible pilot deviation. I have a number for you, advise ready to copy.”

The American pilot comes back,

“Ready to copy. Go ahead sir.”

Eventually, the American pilots began to determine that they had steered their big jet onto the wrong runway.

After being told to be on standby, an American pilot asked air traffic control,

“The last clearance we were given, we were cleared to uh cross, is that correct?”

Apparently, it was beginning to dawn on the American pilots that they had likely made a major mistake.

That’s what we can piece together from both publicly available radar, courtesy of flightradar24, and the air traffic recordings from LiveATC.net, courtesy of AirlineGeeks.

I’ve got critical questions the FAA and the NTSB must answer after this near-miss.

Here are my questions, all of which remain unanswered at this point.

1. How could an experienced captain (American) have taxied and crossed the wrong runway, particularly an active runway on which another plane was taking off?

2. The air traffic controller was clear, stating, “American 106 heavy, cross Runway 31L at Kilo.” How could none of the three pilots on the American Boeing 777 not notice that their jet was going the wrong way, about to cross the wrong runway? That gives me great pause. The Delta pilots aborted the flight to London. Their reactions after the near accident were clearly shaken.

After its takeoff was aborted, the Delta flight returned to the gate and the flight was delayed until the next day. The AA flight soon departed from JFK and arrived at London Heathrow Airport early.

3. Wasn’t it likely that the American pilots were similarly shaken, even if we can’t tell from their conversation with air traffic control? Wouldn’t it have been far more prudent if American Airlines decided to delay the flight to London and at least bring on a new flight crew?

4. In addition, with the American flight resuming, it’s likely that the cockpit tape that recorded the conversation between the pilots during the incident is gone forever. The flight from JFK to Heathrow took about seven hours. But the cockpit recorder retains just two hours of recordings. That’s a major loss to the National Transportation Safety Board (NTSB) investigator. Why is there no rule preventing such a loss of data?

5. With the American flight resuming, not that the pilots would necessarily lie to investigators, by resuming the flight, the pilots had plenty of time to talk about the incident with each other, which could alter their recollection when questioned by NTSB investigators. Shouldn’t the flight crew be required to stand-down and wait for NTSB questioning?

During the NTSB investigation, the agency must accomplish two tasks. They must determine what went wrong so that it can be prevented in the future. They must also determine what changes in FAA and NTSB procedures are necessary to ensure that all the evidence potentially explaining the incident is preserved and maintained, as well as ensure that all salient testimony remains well preserved and will be made as honestly as possible. 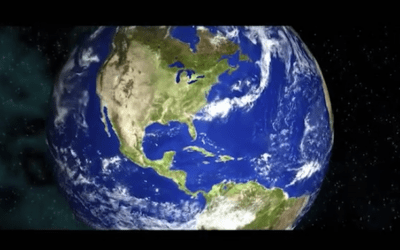