Memorial Day travel is more than only the beginning of summer — we remember those who sacrificed for us. 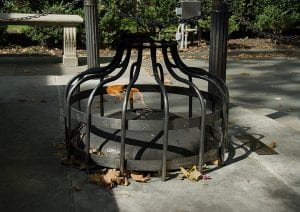 The long Memorial Day travel weekend that kicks off the U.S. summer ends today. Despite mixed weather conditions across the nation, vacationers traveled to their destinations by road, rail, sea, and air.

While vacationing this weekend, Americans shouldn’t lose sight that today is Memorial Day, the day America sets aside to honor the men and women who died while in the military service of the nation.

I visited Gettysburg National Military Park, 150 miles west of Philadelphia, a few years ago. During Memorial Day travel, I think about what President Abraham Lincoln said in November 1863, in his 271-word Gettysburg Address. His succinct message beautifully expresses my feelings about my friends and their comrades who died in the service of our nation, to keep our freedoms secure.

“It is for us the living, rather, to be dedicated here to the unfinished work which they who fought here have thus far so nobly advanced…It is rather for us to be here dedicated to the great task remaining before us, that from these honored dead we take increased devotion to that cause for which they gave the last full measure of devotion.”

Boston, Massachusetts, was one of the centers in the fight for American independence. The Freedom Trail in Boston takes you to most of the main sights you should see: Bunker Hill, Old North Church, the Old State House, Boston Common, the New State House (with a first-hand view of the infamous Sacred Cod), Faneuil Hall, and the Paul Revere House.

If you have youngsters there’s much to see and do just for them. The Boston Children’s Museum, the New England Aquarium, and the USS Constitution (Old Ironsides) are just a few.

If you go to Boston, travel to nearby Lexington and Concord, and the “Shot heard ‘round the world” at the old North Bridge.

Virginia has amazing places to visit, remindful of the Revolutionary War. My personal highlights include: Thomas Jefferson’s home, Monticello, George Washington’s home, Mt. Vernon, and Colonial National Historical Yorktown Battlefield, where on October 19, 1781, British General Charles Lord Cornwallis surrendered to George Washington, securing independence for the U.S. Also in Virginia is one of the prime “colonial sites” in America, Colonial Williamsburg, and for the kids nearby is the Busch Gardens Williamsburg amusement park.

You can’t miss Philadelphia, Pennsylvania, America’s birthplace. It’s the only UNESCO World Heritage City in the United States. For anyone who wants to learn about America’s fight for independence and personally view the center of America’s historic beginnings, Independence National Historical Park must top their destination list.

ALSO ON TRAVELERS UNITED: How to know when driving is better than flying

Within and surrounding the Park, one shouldn’t miss Independence Hall (where the Declaration of Independence and the U.S. Constitution were created and signed), the Liberty Bell, Carpenter’s Hall, the Betsy Ross House, the Bishop White House, Christ Church, the National Constitution Center and many more places of great importance in American history.

Each Memorial Day, I visit Washington Square, located just behind Independence Hall, where the Tomb of the Unknown Revolutionary War Soldier is located. A statue of George Washington stands watch above a large memorial tomb in the Square. Underneath the Square, an estimated one thousand fallen soldiers of George Washington’s Army lie forever, their identities unknown. An eternal flame burns to remind us of their everlasting spirit, which brought freedom to the nation.

You can take a carriage ride or just walk in the area. There’s plenty for kids in Philadelphia. Try the Museum of the American Revolution, where you can climb aboard a privateer ship and see Washington’s war tent, the Penn Museum and its Egyptian mummies and other ancient artifacts (it’s going through a massive renovation at this time, but much of it is open), the quirky 19th-century “cabinet museum,” Mütter Museum with its anatomical specimen collections, models, and medical instruments or the fabulous Franklin Institute Science Museum (IMAX and “the Heart”) and its current Marvel: Universe of Super Heroes, special exhibit. Philadelphia boasts great art museums too, including the Philadelphia Museum of Art and the Barnes Museum. Visit Valley Forge National Historical Park, where Washington’s army persevered through the bitter winter of 1777–78. It’s just 21  miles away.

To pay direct homage to our fallen service men and women there are two places I strongly recommend. Each has many nearby, wonderful places to visit. Each is the final resting place of many to whom we owe a national debt of gratitude.

On the U.S. east coast, just across the Potomac River from Washington, DC, visit the Arlington National Cemetery. There you’ll find the Tomb of the Unknowns, the Iwo Jima Memorial, the final resting place of two presidents and eight Supreme Court Justices, among thousands of other courageous souls.

In our most western state, Hawaii, visit Pearl Harbor and the USS Arizona Memorial. Visiting the Arizona was one of the most moving experiences I’ve had.

This Memorial Day, while you’re on vacation, plan your next one to remember what this day is really all about.