Should DOT protect airline passengers or the airlines? 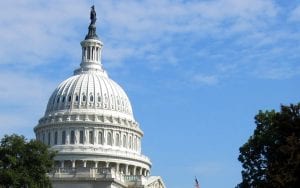 Passenger protections should reign supreme, but they do not. DOT was established to serve the public better. Nowhere did the Airline Deregulation Act mention airline protections. It focuses on public benefits and safety. Unfortunately, over time the mission has become one of helping the airlines.

The most recent mission of the Department of Transportation (DOT) makes it clear. Their mission is to help airlines, not passengers.

Ensure our nation has the safest, most efficient and modern transportation system in the world; that improves the quality of life for all American people and communities, from rural to urban, and increases the productivity and competitiveness of American workers and businesses.

DOT assumes that its reason for being is to help the aviation industry, not passenger protections

The Department of Transportation was established by an act of Congress on October 15, 1966. The Department’s first official day of operation was April 1, 1967. The mission statement was last updated: Wednesday, January 29, 2020. Note that passenger protections, consumers, and the public interest have been ignored. The country clearly needs a reset.

If anyone examines the founding documents of the Department of Transportation (DOT) and the deregulation of the airlines through the Airline Deregulation Act (ADA), they will find that the primary mission of DOT should be to serve the public interest and to ensure safety.

The Department of Transportation Act (Public Law 89-670) was created with the missions to “…develop and recommend to the President and the Congress for approval national transportation policies and programs to accomplish these objectives with full and appropriate consideration of the needs of the public, users, carriers, industry, labor, and the national defense.”

READ ALSO:
DOT fines have no teeth. Would a $2 fine deter you?
Cash is king for COVID-19 airfare cancellation refunds

The introduction of the ADA never mentions airline protection. It focuses on the public interest and safety. For consumers, Public Law 95-504 specifically notes the mission the act incudes:

The availability of a variety of adequate, economic, efficient, and low-price services by air carriers without unjust discriminations, undue preferences or advantages, or unfair or deceptive practices, the need to improve relations among, and coordinate transportation by, air carriers, and the need to encourage fair wages and equitable working conditions.

DOT’s mission has been changed, but the law has not

Somehow this public interest and safety guarantee that was envisioned by the development of the DOT has been quietly changed over the last three years to eliminate any protections of the public and users in its mission statement. Without any discussion or congressional instruction, DOT has erased passenger protections and enforcement of regulations from their mission.

In the last 2018 FAA reauthorization act, Congress added the creation of an official consumer ombudsman to DOT’s structure. It was Congress’s way to attempt to add some consumer power back into DOT. Prior to this the 2012 FAA reauthorization act added the creation of the Advisory Committee for Aviation Consumer Protections. Both of these actions seek to enhance consumer influence in the Department.

The two major issues where the public good, DOT’s own regulations, and the intent of Congress have been ignored have been:

The family seating rulemaking mandated by Congress to allow young family members to sit with older parents or siblings has been ignored by DOT. The Secretary of Transportation has declared that rulemaking is not necessary. She has openly ignored the will of Congress and recommendations of the FBI.

In the case of enforcement of DOT rules requiring full cash refunds of airfares, ancillary fees, and taxes paid by consumers for airline transportation, there has been no enforcement.

DOT does not even enforce their own regulations

Under USDOT regulations, an airline must refund customers when the airline cancels or significantly changes or delays a flight. As the USDOT reminded airlines in April 2020, the refund requirement does not cease when flight disruptions are caused by factors outside of the carrier’s control…

[The Frontier Airlines contract of carriage] contravenes the USDOT position that the “longstanding obligation of carriers to provide refunds for flights that carriers cancel or significantly delay does not cease when the flight disruptions are outside of the carrier’s control (e.g., a result of government restrictions)” and, therefore, “any contract of carriage provision or airline policy that purports to deny refunds to passengers when the carrier cancels a flight, makes a significant schedule change, or significantly delays a flight to be a violation of the carriers’ obligation that could subject the carrier to enforcement action.”

Here are more ways that DOT is failing to protect the public during the current administration.

It is time to help the American public and make the public interest a priority for DOT. Perhaps by allowing State Attorneys General consumer protection powers, consumers can regain judicial rights no longer provided by DOT.