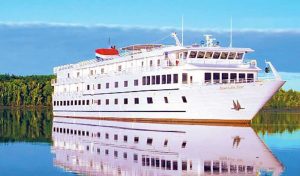 Senator John McCain introduced legislation to repeal the “Jones Act.”
The motivating issue here was allowing foreign ships with foreign crews to help in the BP cleanup. Depending on which political party you believe, this would either increase the number of ships that could help in the gulf, or do nothing meaningful, but greatly undermine the U.S. shipping industry. While the legislation is a long shot, it would also matter greatly to cruise travelers.

As described in Wikipedia,/a>Section 27, also known as the Jones Act, “requires that all goods transported by water between U.S. ports be carried in U.S.-flag ships, constructed in the United States, owned by U.S. citizens, and crewed by U.S. citizens and U.S. permanent residents.”

While that may sound bureaucratic and overly technical, and not a concern of most Americans who aren’t in the shipping industry, it makes a huge difference to cruise lines, and thus to cruise passengers.

Simply put, because of the Jones Act, cruise ships that were not US-built, US-owned, and with US crews cannot travel between U.S. ports, unless they stop at a foreign port. This means that a ship that is foreign in any way (origin, ownership, crew) ship can go roundtrip from Seattle to Alaska or San Francisco only if it stops in Canada.

Similarly, to stop in Hawaii means that a ship that is “foreign” in any sense of the word must either sail from Canada or Mexico. Or, as NCL did for years, stop in some tiny foreign port to get around the law — in their case, the Republic of Kiribati.

More than one client told me the story of being on a 10-day cruise roundtrip from Honolulu around the Hawaiian Islands, with this detour that took over a day’s sailing each way, to a port that didn’t seem like anything more than a mildly commercialized pit stop. On occasion, the winds and/or sea get so rough that the ship can only touch land long enough to satisfy the legal requirements, and passengers are not allowed ashore.

Of course, there were significant financial advantages to the cruise line for all this trouble, including not only the ability to register the ship in a low-tax country, but also hiring foreign staff and paying them wages that would never pass U.S. labor laws.

If the Jones Act were repealed, it could definitely make a significant if not earthshattering difference to the cruise industry. For starts, there would probably be more cruises around Hawaii, and quite possibly short cruises from San Francisco to San Diego and the like.

In addition, in the fall, being able to travel between U.S. ports might mean a lot of potential new fall foliage cruises. (Currently, cruises either go roundtrip for Boston and New York and stop in Canada or go one way between the countries.) Or, a cruise line could try an itinerary between, say, New York and Florida or vice versa.

Since, like many travel industry issues, it’s often in the end about money, a ship free from the Jones act would have lower operating costs, especially with labor. These savings could be passed on to consumers.

Personally, I’m not sure of how I feel about this issue. I lean towards repealing the Jones Act, thinking that the U.S. shipbuilding industry has largely vanished anyway and that most cruise ship jobs, which are heavily tip-dependent and require being onboard for months at a time, aren’t exactly the American workers’ cup of tea.

Plus, more short cruises within the U.S. on large ships could certainly be an economic stimulus. The combination of “something new” and no need for a passport could be very appealing to both regular and first-time cruisers alike.

On the other hand, I know that cruise lines can hide behind foreign registry to take advantage of workers, especially regarding minimum wage and overtime issues. So, even just for the travel industry, it’s not a simple decision. 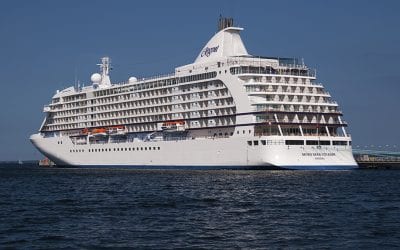 When a cruise ship upgrade isn't an upgrade

How to sail happy. Follow these cruise line rules