Our FTC should guarantee truth in advertising 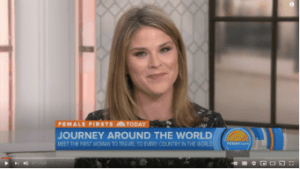 Somehow fake Instagram influencer claims made it all the way to NBC’s Today Show. NBC has still not corrected this segment.

Many users know that what they see on Instagram is not real life. There is a lot of uncertainty of truth behind those incredible photos. Yet what happens when the manipulation behind the camera on Instagram posts is more than some zits that disappear with a filter? What if the post itself is a total lie, a pure fabrication of the influencer?

Currently, an influencer can make a claim, post pretty photos, send out press releases repeating false claims and watch their followers grow. The more followers they have, the bigger brand deals they can get, and the more money they can earn. Meta (aka Facebook) is clearly not taking enough action to ensure the content of Instagram is accurate, so is it time for others to act?

Who ensures truth in advertising?

State Attorneys General also can go after influencers for unfair and deceptive practices. Non-profits can also sue influencers and the companies they work with directly for deceptive claims in states that have private attorney general laws. Since Meta seems to be more interested in engagement than accuracy, Travelers United strongly recommends the FTC and the Attorneys General act to end influencer deception on social media platforms.

American travelers are harmed by poor truth in advertising

Travelers United believes that deceptive and undisclosed travel advertising is harming travel consumers. Influencers are not disclosing when they are receiving free flights, free hotel stays, or are paid to work with airline or hotel companies. Some influencers seem to be making up claims about themselves in order to grow their following and work full-time promoting hotels, airlines and travel products. 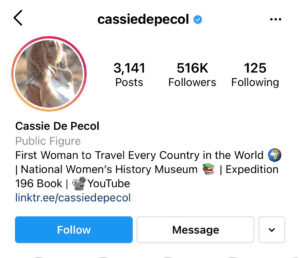 Cassie De Pecol’s Instagram biography from Women’s History Month 2021. She prominently makes the false claim of being the “First Woman to Travel Every Country in the World”

As we head into Women’s History Month this all begs the question: What about the women without an Instagram account who went to every country long before De Pecol? The issue of “fake news” has gotten a lot of press recently, but hard news is often fact-checked by multiple people to ensure its accuracy.

Travel news, however, is not for the most part considered hard news. Many travel journalists are under incredible deadlines with requirements to write multiple pieces a day. If they get a press release with an uplifting travel story with beautiful photos included, it seems most just write the story. They do not have the ability to hire a fact-checker to confirm accuracy. 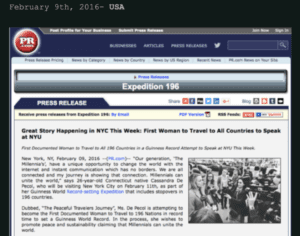 When De Pecol traveled between 2015 and 2017, Americans could not go to countries like North Korea, Turkmenistan or Bhutan alone. When Travelers United reached out to North Korean tour company Koryo Tours. Koryo General Manager Simon Cockerell stated that in terms of American travel to North Korea between 2010 and 2017, “Travel alone wasn’t possible, and nothing solo or unplanned at all.”

Many women traveled to every country on earth long before influencer Cassie De Pecol. They did it before it was possible to book a flight online and before language translation apps existed. They relied on paper maps to get around and likely struggled as they traveled to countries no American woman had been before.

Dorothy Pine, an American woman, is likely the first woman to travel to every country in the world. She’s now dead and she, interestingly, did not have an Instagram account, so she isn’t here to counter De Pecol’s claims. Audrey Walsworth in Missouri and Nina Sedano in Germany both also traveled to every country long before De Pecol. Yet, De Pecol keeps repeating her claim, sending out untruthful press releases and posting on social media with the claim for the aim of getting bigger and better brand deals. She has even gotten those brands to repeat her false claims as they try to sell a product. Look here at Venus’ false claims or Quest Nutrition repeating her false statements in an attempt to sell product.

If journalists cannot get it right, who can?

Clearly, if an influencer sends out press releases with false claims in an industry that is not viewed as hard news, the journalists covering the industry are generally just going to report on the nice, soft news they receive in the press release. This story shows that journalists cannot rely on those with the largest Instagram following sending out press releases to verify any claims. De Pecol went on NBC’s Today Show and claimed to be the first woman to visit every country. After a piece in The Huffington Post pointed out the claim was fake news, the piece was edited to claim that De Pecol was the first woman to travel alone to every country (this is also not true).

Already, De Pecol has been removed from websites that have done due diligence.

Conde Nast Traveler included De Pecol in an article entitled “Flying Solo: 12 Women Who Made Travel History” yet later updated the article to remove any mention of De Pecol. Forbes wrote an article entitled “A 27-Year-Old Just Became the First Woman On Record To Visit Every Country On Earth.” The article was not removed but was updated with edits four times and re-titled “A 27-Year-Old Just Became The Fastest Woman To Visit Every Country.”

The New York Times seemed to struggle with the claim. The New York Times originally published that, “DePecol, 29, who in 2017 claimed the title of the first woman to visit every country.” Yet two days later, that line was changed to “For Cassie De Pecol, 29, who in 2017 claimed the Guinness World Record as the first woman on record to travel to every country.” A few days later, it was changed to “For Cassie De Pecol, 29, who holds the Guinness World Record for ‘the fastest time to visit all sovereign nations.” With this update, a correction was issued. The correction still gets it wrong. 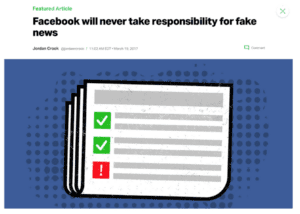 No interest in regulating influencers who bring engagement

Brands often look to Instagram to see if an influencer is legit. DePecol has a blue checkmark next to her name. Yet clearly the blue checkmark does not mean much here. Meta has shown it has little interest in regulating influencers who are engaging with half a million people to their platform.

Who can act to protect consumers?

The time to take action is now!

Travelers United strongly urges the FTC, Attorneys General, and fellow non-profits to take action against false claims by influencers. Write to your member of Congress to tell them to increase the staff of the FTC so that they vigorously can fight this deception. The FTC should take this on, but FTC Chair Lina Khan has made it known that her agency is underfunded and in need of more resources to take issues like this on.

Encourage your Attorney General to prosecute deceptive marketing on social media. Encourage your elected officials to make Meta accountable for the lies perpetrated on its platform. Influencing is incredibly hard work. Those that do the work honestly and who have incredible creative talent should be able to rise to the top of the algorithm. Travelers United will work to press our elected officials to let true talent, not lies, dictate what we see on social media platforms.

READ ALSO:
Why America doesn’t need another no-fly list for unruly passengers.
Do you have a travel Plan B ready now? War and COVID!

Lauren joined Travelers United in 2015. Founded Kill Resort Fees, the only site devoted to ending hidden hotel resort fees. Armed with an arsenal of frequent flyer miles and some extreme budgeting skills, Lauren traveled around the world through 37 countries. Accomplishments include eating at the world’s largest restaurant in Syria, bungee jumping off the Victoria Falls Bridge on the Zambia/Zimbabwe border, running into Anthony Bourdain at a Mexican restaurant in Cambodia and cage diving with Great White Sharks in South Africa. 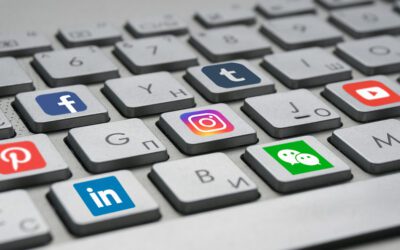