On landing, many air travelers experience airplane ear pain. I have tips to safely and easily help prevent or relieve clogging and discomfort. 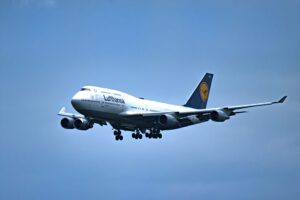 When we fly, particularly when we land, our ears feel clogged and our hearing becomes a bit more difficult when that happens. Some air travelers may experience mild airplane ear pain. Others may not experience any ear clogging or pain. A few aircraft passengers may experience considerable pain, particularly if they have a sinus infection, a cold, acute or chronic sinusitis, seasonal allergies, or a middle ear infection.

The condition is scientifically known as ear barotrauma, barotitis media, or aerotitis media. Experienced air travelers just call it “airplane ear.” With winter hitting hard in the US, colds and flu are significantly increasing. That will mean more air travelers will suffer from airplane ear pain.

Airplane ear occurs when the pressure in planes changes rapidly during take-off and landing.

Airplane ear takes place when the air pressure in the middle ear and the plane’s cabin is different. This happens primarily during take-off and landing. The ears’ eustachian tubes regulate and equalize the air pressure, but it doesn’t happen quickly enough for many air travelers. When the pressure is unequal, it prevents your eardrum from vibrating normally. Hence your ears feel clogged and your hearing is temporarily impaired.

Otolaryngologists tell me that our inner ears are better at equalizing decreasing pressure than increasing pressure. That’s why as planes climb after takeoff, while pressure decreases, the symptoms for passengers are milder than when pressure increases during landing. If you’ve been on a flight with many children, especially infants and babies, I’m sure you’ve noticed that many cry during landing, but not take-off.

People with narrow or small eustachian tubes (infants, babies, and other small children) are especially prone to airplane ear pain and often experience worse symptoms. This is why so many babies cry when a plane is landing.

For most travelers, airplane ear is an annoyance, but for others, it can result in severe symptoms and pain.

Fortunately, for most air travelers, airplane ear is little more than an annoyance, but for others, it can be severe and must be taken seriously.

Airplane ear can include symptoms of:

The Mayo Clinic urges anyone with airplane ear pain that lasts for a few days to contact their physician to prevent further problems.

According to the Mayo Clinic, “If discomfort, fullness or muffled hearing lasts more than a few days, or if you have severe signs or symptoms, call your doctor.”

There are numerous ways to either prevent or relieve airplane ear. If you have a cold, allergies or flu, which has caused your mucus membranes to become inflamed, you will have increased difficulty in “clearing” your ears, even with the below preventatives and remedies. The problem is that those conditions cause inflammation of the mucus membranes, causing the eustachian tubes to become clogged. That’s why those with colds, sinusitis, allergies or middle ear infections are particularly susceptible to airplane ear.

Consider altering your travel plans:
If you or your traveling companions have a cold, an ear or sinus infection or something else causing you to be congested, consider changing your travel plans. For example, perhaps you can leave early and drive. If you’ve had recent ear surgery, speak to your otolaryngologist before flying.

Use a decongestant:
If you have a cold or allergies aggravating the pressure differential between your middle ear and the airplane cabin, a decongestant can reduce the inflammation of your mucus membranes. Before using a decongestant on a child, consult your child’s physician.

Allergy medication:
If you have allergies, don’t forget to take your medication long enough before your flight to ensure it’s working before your departure.

Sleep during take-off or landing:
Sleep should be avoided during take-offs, especially during landings when more air travelers are affected by airplane ear. By staying awake, you can repeatedly use various methods to relieve airplane ear, rather than allow the pressure differential between your middle ear and the airplane cabin to build, possibly causing discomfort and pain.

To relieve airplane ear pain, including for babies, infants, other children, and adults, various methods generally involve yawning or swallowing to relieve the pressure differential in the ears.

Yawn:
Forcing a yawn often works to clear or pop your ears open. To force a yawn, open your mouth as wide as comfortable, then breathe in and out as deeply as possible. Do this every minute or so until it works, or try another method. If you’re traveling with an older youngster or teen, explain to them what to do and have them yawn with you. If that’s difficult, give them something to chew on and/or swallow.

Chew gum:
Chewing gum gets you swallowing, opening the eustachian tubes. My brother used to swear by mint gum. I think that was because mint was his favorite, but others say it works better than other gum flavors.

Drink or sip:
Slowly drinking water, juice or some other beverage means you’ll be swallowing. The swallowing process automatically opens the eustachian tubes. That will allow your ears to clear. While water and juice are preferred, almost any beverage will likely work. Continuing to take small sips every few seconds might prevent the build up, once you relieve the pressure.

Warm compresses, steaming, and a hot shower can be helpful to relieve airplane ear pain after landing, but if passengers still suffer from it a day or two later, they should contact their physician.

Valsalva Maneuver:
This is my preferred method of relieving my airplane ear. I learned it in the first days of scuba diving instruction. Diving often causes ear barotrauma. To use this maneuver, pinch your nostrils tight, take a breath, then close your mouth and keep it closed. Finally, try to blow air through your nostrils, somewhat forcefully, while keeping them pinched tight with your mouth closed. This puts pressure on the back of your nasal passages that can help open your eustachian tubes.

Warm compresses, steaming or a hot shower:
On the ground, if you continue to suffer from airplane ear, apply warm compresses to your ears for five to ten minutes. This often helps clear the pressure differential in your ears. You can also put your head over a bowl of hot water with a towel covering your head and bowl acting as a tent to create a humid condition for you to breathe in. A hot shower can also help.

Each of the relief methods described above can relieve airplane ear pain. If you continue to be affected by airplane ear long after you land, you should contact a physician to prevent continued pain and possible long-term consequences.

READ ALSO:
Why you should complain to DOT and use the webform to get results
Final-boarding rule — the random airline 10-minute rule

Airline IT failures mean no flight delay compensation for passengers