The Lake Placid 1980 Winter Olympics was a classic 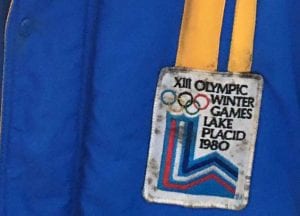 The blue Asics parka was issued to “The Clones,” the hundreds of Winter Olympics volunteers.

The U.S. Hockey team upset the Russians en route to a gold medal. And American speedskater Eric Heiden won a remarkable five gold medals in five events. Since then, Lake Placid has never given up the Olympic spotlight. Amazingly, there have been 10 Winter Games since then.

Lake Placid is organizing a 40th anniversary of the Games

The event begins Feb. 13 with “Totally 80,” an exhibit on the work of Robert Whitney in creating the look of the event. The exhibition is organized by the Olympic Museum, a Lake Placid gem on the first floor of the Olympic Center. Today, it is a must-stop for visitors to the village. The museum is open daily from 10 a.m. to 5 p.m.

In addition to the Olympic sports memorabilia, see the video of the U.S.A.-Russia hockey game on a continuous loop. It has all the “Do you believe in miracles?” commentary features as part of the broadcast. The drama is still there, no matter how many times one watches. The outcome never changes. Nearby, the uplifting Kurt Russell as coach Herb Brooks pregame team send-off from the 2004 film “Miracle” is posted: “Great moments are born from great opportunity.”

READ ALSO: What is the reason that half my flights arrive late?

The event schedule begins the next night with a re-creation of the torch lighting at the Horse Show Grounds outside of the village. That is where the opening ceremonies were held on a frigid early evening. Many locals remember it more for the collapse of the transportation system shuttling spectators back to town than for the lighting of the cauldron.

It was an inauspicious start to the games, which had been six years in the planning. Many local businessmen celebrated the return of the Winter Olympics. These dreams, almost 50 years in the making of local organizers, created an awesome buzz among the town’s residents. They grew up with the memory of the original Lake Placid Winter Olympics held in 1932. 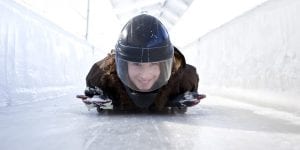 For people today who choose to focus on the hole instead of the donut, there are ready targets for retrospective criticism. Organizational issues to budget matters and, of course, the transportation problems, plagued the start of the Games.

But for those who volunteered at the 1980 Winter Olympics, it was the experience of a lifetime that the two weeks next month will bring back to life.

Memories of the 1980 Winter Olympics seem fresh after 40 years

The program will not be nearly as glamorous as the 25th-anniversary celebration. That year almost the entire U.S. Hockey team came back to town. Most members of the team will get together again for the anniversary. But this time, the gathering will take place in Las Vegas. So much for sentiment. The Mahre brothers, Phil and Steve, who spent time at the 25th skiing again at Whiteface, are not expected in Lake Placid, nor is Heiden, who visited last year.

ALSO ON THE TRAVELERS UNITED BLOG: Spring skiing in Europe

The event this time — so far at least — seems to be more about memories of the people who have connections to Lake Placid and the Games. Those who still have the blue coats and those who have heard the stories will love the celebration, including the legacy Olympic stars who will be coming. Athletes Andrew Weibrecht, Gordy Sheer, Mark Grimette, Erin Hamlin and Frank Mazdzer, who have won medals in subsequent years, now live in the area. They savor Lake Placid’s wonderful winter sports facilities. 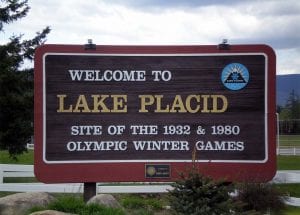 Highlights include an ice show featuring Scott Hamilton and other figure skating Olympians on Feb. 18, and a visit by Wayne Coffey, whose book “The Boys of Winter,” about the 1980 Hockey team, is updated for the 40th anniversary.

A full schedule will be released by organizers soon for the commemoration of the 1980 Winter Olympics. Mark February 13 to 23 on calendars and plan to be part of the event.