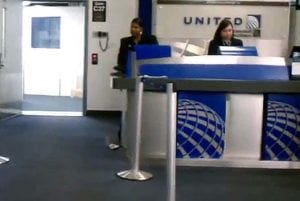 As travel issues go, this one didn’t sound too difficult, in theory. A 1K client discovered he had a United Airlines upgrade expiring soon, and his son had a flight that night, so he was thinking of using it.

Understand, United’s frequent-flier rules and systems are complex. There have been issues with same-day upgrades. So, I called United’s premier desk at around noon and asked if it might be possible to waitlist an upgrade for the flight.

The first agent thought a same-day upgrade might have to be done on a standby basis at the airport. But she checked and said there actually was a seat in the upgradeable class of service, and she could confirm it.

The client hadn’t said they definitely wanted to use it, so I had to say I would call right back. The United agent warned me space could sell out and to find out as soon as possible.

After a quick confirmation to go ahead, I called back within five minutes with the same request. This new agent also found the seat available, but after a couple of minutes said, “Sorry, I can’t do it.” I asked what the problem was, and he said that we had booked the wrong class of service, and that it had to be at least W class for United’s Premium Service to JFK.

As someone who works with United Airlines and Premier level flyers a great deal, I know the rules pretty well. The class of service rule applies to international flights, but not domestic. I tried nicely to explain it to the agent. I even went to the website to double-check. No dice.

So I finally thanked him for trying and called back 30 seconds later. This new agent immediately asked if we had more than three hours until departure (we did) and then simply requested the locator, father’s mileage number, and PIN. In a few minutes, presto! — the business class seat was confirmed.

Repeat calling isn’t something I recommend when you KNOW you are in the wrong, although a second call can’t hurt when you are asking for a reasonable favor. But, in my experience, when you find someone who starts out telling you incorrect information, they don’t tend to change their minds, even when, as in this case, I asked the agent to check their website.

What I do recommend, if faced with a brick wall, is to be polite and say thanks. Then get off the phone as soon as you realize that it’s futile and try again. To a point. I’m not recommending calling a dozen times.

A cardinal rule when calling more than once is: BE NICE!  There is nothing to be gained by antagonizing someone on the phone or the check-in counter. It doesn’t just waste time; agents can document the record with comments, thereby decreasing your chances in the future. Once your record is annotated with an explanation that you have already tried to have the rules bent, any future request will fail.

READ ALSO:
Final-boarding rule — the random airline 10-minute rule
Know the real rules for compensation when you are bumped

Even at the airport, checking in with different agents can make a difference

A friend of mine used to commute at least once a month between Charleston, SC, and Boston to see his ailing dad. He always purchased tickets in advance and knew they were non-changeable. But, once, when his father needed to go into the operating room, he went to the airport to get on the next flight to Charleston. He decided that he would ask nicely.

The first check-in agent looked at his ticket and immediately told him that there was no way he could fly without paying the full walk-up airfare. He thanked the agent and walked back into the line. The second agent also rebuffed his request. However, the third agent who took his ticket heard his plea, looked at the record, and put him on the flight.

Yes, the gate agents have lots of power. When faced with a phalanx of more than a dozen check-in agents, your chances of finding a sympathetic ear are dramatically increased. And, always be nice to every agent. Telephone and check-in agents can change your world and make anything work, or they can put an end to your efforts.

Every situation is different. But, the second or third call or request for help can be the charm.

Why Travelers United’s work in DC matters for all travelers. We need your support.