How to avoid cost indigestion at foreign restaurants

Some foreign restaurants have hidden fees and a different dining culture 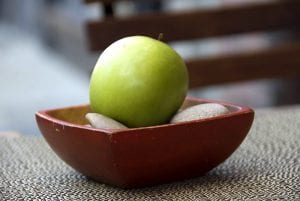 A Rome restaurant has been accused of grossly overcharging customers. In a review on Trip Advisor, which includes a photo of the bill, one customer said she paid $345 for a plate of fish. Others are complaining, too. At other foreign restaurants, travelers have run into problems with discovering hefty fees while charging credit card customers in the traveler’s home currency without permission.

Here are my tips for avoiding financial indigestion at foreign restaurants when you’re traveling, particularly internationally.

Unknown dining culture can cost you —

If you’re in Italy, for example, sitting down in a cafe, as opposed to standing at the bar, can double the price. It’s really not a rip-off — it’s Italy. If you don’t know the language, you’re already often at a disadvantage while traveling. Not knowing local dining culture can hurt, too. Research can pay off handsomely when culture comes into play. When researching your journeys, don’t stop at the tourist site pages. Learn about the dining culture of the country you’re visiting.

Ordering without knowing the price —

If you sit down at a sidewalk cafe for a coffee and pastry snack and order without a menu, you have only yourself to blame when the bill comes and you find out the coffee is €10 ($11) and the cake €25 ($27.45). Take a few extra minutes to get a menu, then order from it. Editor’s note: I just returned from Venice, Italy, where these rules are imperative to learn. A coffee at a table can cost four times more than the same coffee at a bar, only 10 feet away; the same for a small cake or sweet roll.

Watch out for hidden costs —

You’ve got to read restaurants’ menus thoroughly and do it carefully. You need to understand what it means. Look for mention of table charges and service fees. Many restaurants typically charge cover fees and some charge service fees. Three of the hidden costs I’ve encountered include:

Water and bread: In many countries, this is referred to as a cover charge. You’re charged for water, even tap water, as well as bread at your table, as well as the table setup.

Prices per person: When ordering a dish to share with another person, make sure the price isn’t per person. If it is, sharing will be the same as ordering multiple dishes.

Prices per weight: While travelers are aware that restaurants charge for expensive seafood, like lobster, by weight, they aren’t prepared for other foods to be charged by weight. You have to be aware of this when reading menus. In addition, Americans are generally unfamiliar with the metric system used by the rest of the world. When traveling internationally, most Americans find it hard to visualize how much 100 grams or a kilogram weighs. (100 grams is equal to 3.5 ounces, or just under a quarter-pound and a kilogram weighs 2.2 pounds.)

According to an employee, the restaurant, mentioned above, that charged $345 for a fish plate, charged for the fish at a rate of €6.5 per 100 grams. That equals about €29.5 ($32.40) per pound. They apparently didn’t specify how heavy the fish would be on the plate. Beyond the price per weight, two other issues are knotty. First, if the fish is filleted, for example, you don’t know if the restaurant charges for the weight before or after it’s filleted or what the original weight was. Second, travelers have no way of knowing how much the served fish weighs. Personally, I’d pass on most food when charged like this, if not the restaurant.

If you pay in cash —

Try to pay the restaurant bill without needing to get much change to avoid being cheated. Count the bills aloud, particularly when using big bills. Emphasize the big bills. Too often the person taking the money will say you gave them a ten, not a twenty, or a twenty, not a fifty, in an attempt to shortchange you.

ALSO ON TRAVELERS UNITED: 8 Common travel scams and how to avoid them

If you pay by credit card —

If you use a smartphone payment system such as Apple Pay, ask if you can use it, particularly if you’re paying via a cashier. Make sure the cashier isn’t talking on their smartphone when you pay, as they might sneak a quick photo of your credit card in an attempt to steal its use.

This has become a problem, even at high-end restaurants. If works like this: A restaurant in a foreign country converts the credit/debit card payment to your home currency, adding a stiff markup to your bill. They may claim it’s to the traveler’s benefit. Most times, the restaurant (or store) simply will ask whether you want to be charged in dollars or in Euros (or the local currency). Always ask to be charged in the local currency. The credit card exchange rates are far more favorable.

Always pay in the local currency, especially if your credit card doesn’t charge a foreign exchange conversion fee like my cards. It’s important to note that when traveling internationally, Visa and Mastercard state their customers can’t be charged in their home currency without their permission. If you get charged in your home currency, tell the restaurant to cancel the charge and put it through in their currency. If they refuse, write on the charge slip that you reject the currency conversion, get a copy of the original bill and dispute the charge. By the way, American Express doesn’t permit DCC at all.

Travelers must educate and protect themselves from being ripped-off while away from home (as well as here at home). Be aware of the rules at restaurants and everywhere else when purchasing goods and services.