Full disclosure of ancillary fees will not stop fee frustration. 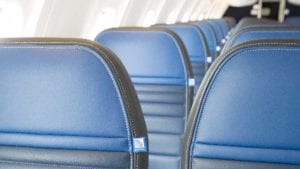 No question that having full disclosure of airline fees is a good thing. Those who think new fare rules will eliminate all fee frustration, however, may be disappointed. Yes, it will help to know about baggage and seat fees, whether a ticket is 100 percent nonrefundable or if there are change fees. Some issues are relatively minor. Baggage fees, for example, can vary based on weight, and preferred seatings may or may not come with a preferred boarding group.

Change fees are often the tip of the iceberg for higher prices. They can be dramatic.

A fare booked months out or during a sale may no longer be available.  Especially with a change on short notice. Sometimes the difference between 21 days out and 20 days out can be huge. For example, from San Francisco to Dulles, United has some one-way fares with 21 days out for $194 one way.  Book such a ticket and change it one day later, and the lowest fare is $405 one way.

Sometimes, when it’s a return flight, the airline may waive advance purchase, but not always. It depends on the fare type and rules. The new full-disclosure rules won’t make that clear. Nor will full-disclosure rules make it clear that there are several fare classes in the SAME cabin, whether economy or business.

Recently, I booked a business class trip three months out for $600 one way on a popular nonstop cross-country flight. The booked ticket was a United lay-flat bed. When someone inquired about the same flight with about ten days’ notice, it was about three-quarters full in business and cost over $2,200.

Any ticketing changes can cause similar problems.

Some clients flying to Europe in business class faced unforeseen price increases. The wife, then her husband, tested positive for COVID. Both were fully vaccinated. They had very mild cases. They wanted to do the right thing and wait five days after the husband’s test before flying. The mid-week flights they wanted to book had more space than originally booked. But, without advance purchase, the fare was almost double!

I could get the airline to make an exception and do a partial waiver in that case. So, the fare difference was more in the $1,000-a-person range than $5,000. But that doesn’t always happen.

And while the numbers may not be as bad in economy class, travelers on a tight budget who read the extra-fee rules carefully might not be prepared when “changes may be made without penalty for fare difference” still means a much higher fare. (And in many cases, seat fees also vary by flight and how full the plane is, so while the difference could be small compared to the fare difference, it still could matter.)

Plus a seemingly small change like, “I want to return from New York instead of Boston,” or, “I’ll just come home from Paris instead of Amsterdam,” or even sometimes a change from something as seemingly trivial as changing a flight from Dulles to National Airport can make a huge difference.

Then there are other issues. Like family seating. The DOT now has a full page devoted to the current complexities to assist families. It has a lot of common sense information. While there’s been discussion of requiring airlines to seat families together, it hasn’t happened yet. So far as today’s date of publication, DOT’s Office of Aviation Consumer Protection issued a notice to the airlines asking that they do everything they can to ensure that children ages 13 or younger be seated next to an accompanying adult.

Airlines don’t like separating parents and accompanying adults for their flight attendants and other passengers’ self-interest as well as families. But it’s not always easy. (I still remember decades later on our honeymoon flights to Hawaii, the children behind us were kicking our seats for most of five hours. In that case, the parents had chosen to sit up front, putting their pre-teen kids in the back.)

For example, what if families book last minute for holiday travel? Other passengers may have booked and reserved specific seats almost a year in advance. Or what if families book basic fares without seat assignments to save money? (In this case, a disclaimer would help, but it won’t solve the problem when parents arrive at the airport and say “you can’t separate us.”

It seems there is always a new complication and more fee frustration.

There’s the extra legroom complication. What if one or two people in a family get preferred seats? These places typically cost an additional fee. The parents then ask for their child to be seated next to them in an extra legroom seat for free. I am pretty sure gate agents and flight attendants could provide pages of examples. The list goes on. But the short version — airline rules and airfares are incredibly complicated. There’s no way to cover all fee frustration contingencies in a disclaimer.

Finally, it’s another post, but as any travel agent or airline reservations agent can tell you, passengers don’t read seating rules. (Short version — often they don’t.) One passenger’s ignorance is another’s frustration.

READ ALSO:
Why the FAA must stop passengers from holding lap children on planes.
Why the value of your life depends on where you die