This letter was sent by Travelers United, together with FlyersRights.com, the two largest travel and airline advocacy groups in Washington, DC. These groups are urging Delta Air Lines to handle this issue differently than they would a major snowstorm. This is not an Act of God, not is it consumer induced. This is a technology fiasco. It was caused by the failure of Delta’s technology foundations. Passengers should not be made to pay penalties for Delta’s incompetence.

TREAT YOUR CUSTOMERS RIGHT
These cancellations and delays are the fault of a Delta Air Lines technology fiasco, not your passengers

With dismay, we look at the Delta Air Lines corporate response to the massive failure of its computer systems that resulted in thousands of flight cancellations and delays. As of today, the delays and cancellations continue across your system. 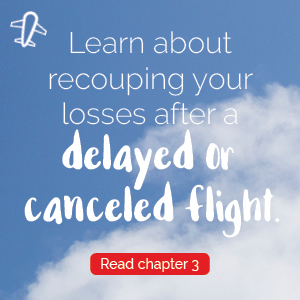 Your airline should realize that these cancellations and delays are the fault of Delta Air Lines alone. Passengers should not be punished for Delta’s incompetence.

Video apologies, notwithstanding, it is your customers who are bearing the burden of Delta’s IT and communications failures together with the delays and cancellations of thousands of flights. Families have missed weddings, organized tours and cruises. Businessmen have missed meetings. And, many others have been faced with financial repercussions because of Delta’s technology failure.Your airline’s customer service response during this technology fiasco has been disappointing.

Travelers United and FlyersRights are joining together to ask that Delta Air Lines makes their passengers whole. Our organizations stand together with U.S. Senator Richard Blumenthal who clearly pointed to the path that Delta should follow after this technology fiasco.

“After this catastrophic, system-wide implosion, Delta owes every passenger a full refund — no questions asked – or rescheduled flights without costs or time limits.

This airline must do more than just waive change fees. It must make each and every customer whole again. Passengers wishing to travel on the airline shouldn’t be restricted by arbitrary time constraints and should be allowed to rebook on their timetable – not Delta’s. Delta should not hide behind pages of legalese. Full compensation or free, flexible rebooking for missed flights and ruined travel plans is what’s fair and right.”

Delta has apologized publicly. Now, it should do what is fair and right for its passengers.

United Airlines’ new frequent flier security — who thought this was a good idea?