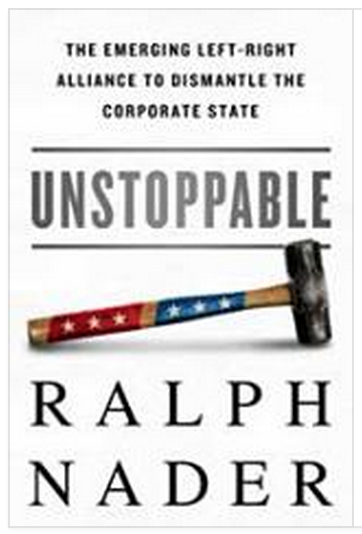 February 24, 2015
Jeff Smisek, CEO
United Airlines, Inc.
PO Box 06649
Chicago, IL 60606-0649
Dear Mr. Smisek,
I have not yet heard from you regarding my letter of February 13, 2015, but your employees who have read it are coming forward to describe their deteriorating working conditions. These are loyal UAL workers on the front lines, dealing with your aircrafts and your passengers, some with tenures of 20 to 30 years.
Given what the workers have given up over the years during the low point of UAL’s economic travails, it is disturbing, to say the least, for them to be saying these are the worst labor conditions they can remember. They are not only noting the demotion of many full-time workers to part-time, but also bringing to attention the outsourcing of jobs to vendors that hire low-paid and low-skilled employees, at a time of record-breaking profits for UAL. The workers are saying that they “just do not have the necessary manpower to provide our customers the service that they are paying for and deserve.”

More than customer inconvenience, their remarks raise concerns about safety risks. One comment reads: “It truly hurts that the company that I have invested a good part of my life in, is being demolished and stripped of its goodness before my very eyes. Just last night, I survived what was one of the worst five days of my career…pouring rain, extra flights, a cancellation and not enough help.”
A common theme of their comments referred to their understanding that in your testimony with Mr. Tilton before Congress urging government approval of the merger, you gave the reassuring impression that front line employees would not be adversely affected, outsourced or replaced. In reading the transcript of the House Committee on the Judiciary’s hearing on June 16, 2010, it is not difficult to see how your front line employees received that impression.
On April 25, 2014, the Chicago Tribune reported that you received total compensation of $8.1 million in 2013. Your 2013 compensation package included a salary of $975,000, stock awards of $5.7 million, a performance-based bonus of $1.2 million, and perks valued at $168,540. One might expect that from such rewards would come wise management over both the tangibles and the intangibles of labor/passenger/management relations. Yet you proceeded to devote $320 million in 2014, with more buybacks promised, not to alleviating understaffing or outsourcing of jobs, not to denumbing your passengers’ knees, but to buyback UAL stock. The singular unproductive purpose of this move is often to increase executive compensation packages. Many of your employees think that such waste of liquid capital, at the expense of worker and customer satisfaction, is shortsighted. They have emphasized their concerns through a petition, presently in circulation, to have you replaced. So far, over 10,000 people have signed on. Though it should not be, this is an unusual initiative by those who know best how you have managed worst.
At the 2010 Judiciary Committee hearing, you and Mr. Tilton praised Southwest Airlines. Why don’t you compete with Southwest’s labor practices (no layoffs since its founding by the inimitable Herb Kelleher) and its passenger policies (no normal baggage fees and no penalties for changing reservations)? Instead of a competitive race to the top, you seem to be engaging in a race to the bottom, mimicking the remaining few major carriers now comprising a tighter oligopoly than before de-regulation. A customer paying up to $200 to change a reservation might note that such a sum could have bought them an entire one-way ticket on Southwest to a number of destinations. Something is out of sync here!
May I have your responses to the above worker/passenger treatments within the next two weeks, before I join with others to request a congressional hearing or inquiry into these matters?
How would you react if the Board of Directors or your shareholders, wishing to reduce your “high cost structure,” were to put out a tender for bilingual airline executives with proven successful records in India and China to bid for your job and other top executive positions at a fraction of what you are all paid? If you’re outsourcing the jobs of your workers, why not outsource your top jobs, while still giving you a chance to match your Indian and Chinese competitors? This would more amply address what your Jon Roitman has called UAL’s policy of “market-competitive sourcing” in a missive to UAL workers this past February 12, 2015.
It seems like worker and passenger interests are converging.
Sincerely,
Ralph Nader
PO Box 19312
Washington, DC 20036
Cc: Interested Parties

Six tips from Ansel Adams for making your travel photos