This question and answer article was published in a special edition of the Emirates Open Skies inflight magazine.
Charles Leocha is Chairman of ‘Travelers United’ (formerly Consumer Travel Alliance), which advocates for travelers to US legislators, regulators and industry associations. The US Secretary of Transportation has appointed Mr. Leocha to the Advisory Committee for Aviation Consumer Protections because of his in-depth knowledge of issues faced by travelers.
How in your view has Open Skies benefited consumers? Do you see downsides?
From the point of view of American travelers, Open Skies has been a boon for international travel and trade. More US cities have nonstop flights to foreign destinations than ever before. This connectivity has encouraged more international tourism traveling to the US and has made the rest of the world more accessible for Americans.
Plus, with Open Skies, airline competition can flourish as airlines add routes to the US from new cities. And, that helps keep international airfares in check and improves the interaction between the US and other parts of the world, both interpersonally and through business and trade.
As an advocate for passengers, are you concerned by calls by some airlines and unions for the US to reverse course on its Open Skies policy, including reopening some existing Open Skies agreements and applying a different policy prospectively?
Our organisation, Travelers United, has been steadfast in our belief that airline consumers need truth in advertising and a free market that will ultimately work to the passengers’ benefit. The airline and labour unions calls for limitations on Open Skies agreements are pure protectionism.
These efforts are attempts to roll back decades of negotiations between the US and foreign governments. That is not in America’s interest. And, it does not allow for the free market and free trade to operate and grow.
As a result, consumers would be harmed by less competitive choice and less passenger-friendly innovation which is spurred by greater competition. More open skies agreements rather than protectionist regulatory limitations are clearly in the interest of American consumers as well as our travel and tourism industry.
Emirates has been operating services to the US for 10 years. In a global aviation market increasingly characterised by consolidation and three expanding alliances, how important are non-aligned carriers to ensuring competitive choice for consumers?
This competition is extremely important, as I noted above. However, even more important is the streamlined access that airlines such as Emirates provides to south Asia and Africa. The countries in these parts of the world, largely unserviced by US carriers, are the areas with the greatest growth of the middle class and emerging businesses. They will only become more important in the future. It is increasingly in the US national interest, and vital to US exports and export-related jobs, to have efficient and competitive air service links with these dynamic markets.
Do you worry that competitive choice for passengers is under threat?
Travelers United has been clear about the threat to consumers by airline consolidation. In the US, we have just finished (hopefully) with consolidation of our major domestic carriers. We now have four carriers that control more than 85 percent of the national market.
Internationally, the three US network airlines have formed huge alliances, many with antitrust immunity, that operate as one airline with coordinated routes, schedules and airfares. These three alliances control more than 80 percent of international airline traffic between the US and the rest of the world. That kind of concentration is not healthy for consumers, either in the US or elsewhere in the world.
If the US had not pursued Open Skies, how do you think the global air service landscape would look for passengers today?
Without Open Skies agreements, hub and spoke networks focused on a handful of major gateways would have become even more dominant. There would not be as many nonstop connections between smaller countries and the US, or foreign countries and US cities that are not network airline hubs. Plus, the focus would have remained on the already developed US-European routes with a system of feeder networks that would move US passengers to the rest of the world.
Open Skies allowed the opening of new and more economical routes, such as those flown by Emirates, that are changing the economic shape of the world, especially the developing nations in Asia and the southern hemisphere where economies are growing and natural resources are plentiful. Open Skies-related competition also has fueled consumer-friendly service innovation which, without such competition, would have been unlikely because airlines would have had significantly less commercial imperative to improve their products.
An Open Skies environment, government recognition that aviation spurs economic growth and a favourable geographical position support Emirates’ ability to tap into the 21st century travel flows. Is this unfair competition?
The exponential growth of Emirates is not being fed by poaching air traffic from other established airlines, but because of a major shift in demographics and economies. Emirates finds itself in a strategically important position as economic and middle-class growth has moved the travel, trade and tourism centre of influence from an almost exclusively Euro-American-Japanese affair, to a shared 21st century matrix where countries below the equator are developing and the economic focus of the world is shifting.
Being able to take advantage of changing demographics and economics is a part of competition. A large portion of Emirates’s success has come about because the major US and European airlines did not change their networks as the new economies developed.
I expect to see the three major airline alliances make serious efforts to shift their networks and expand capacity to take advantage of the emerging developing world. This is what competition is all about — and it’s not unfair. 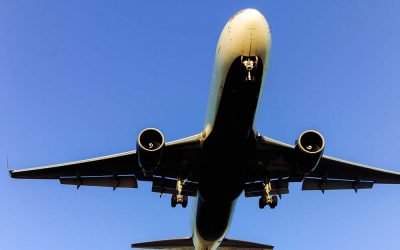