Here are 10 summer travel scams to avoid and prevent and what to do about them. 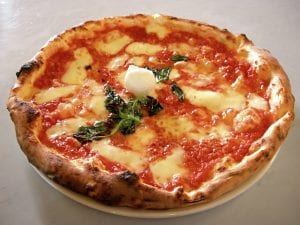 This summer, the number of travelers across the U.S. and Europe has been hitting major highs since the COVID-19 pandemic began. Too many of these travelers are falling victim to summer travel scams.

There are always scammers, pickpockets, and other criminals ready to dupe, deceive, and take advantage of unsuspecting travelers at popular tourist centers and attractions. I’ve outlined ten of the most common summer scams used in the U.S. and Europe to help prepare you. Avoid them and have a great journey as summer in the northern hemisphere closes.

Maintain common sense and never give strangers your ID or financial information.

Pizza Purloiner:
A neighbor of mine fell prey to this scam. His family returned to their hotel exhausted from a long day of touring. A pizza parlor flyer had been slipped under their door. When the kids saw it, they were elated. He and his wife decided they’d order pizza, so they called in, placed an order, and gave them their credit card information.

Instead of the pizza, they got a credit card charge for more than $2,500 pop up the next morning. They contacted their bank, canceled the card and the charge was removed. Fortunately, they had a credit card from another account with them, as it took several days for their new card to arrive.

Never give personal or credit card information over the phone to a stranger or an unknown business.

The Ersatz Cop:
While walking, a “police officer” comes over asking to check your wallet for counterfeit bills and verify your identification. Too often, tourists hand over their wallets and lose their cash and a credit card this way. People in the U.S. and most of Europe are protected from warrantless search. Insist the “police” handling the investigation do it at the local station. A fake cop will quickly depart.

Always maintain your street awareness and secure your identification, credit/debit cards, and cash.

The Street Performance:
I know some who’ve run into this in front of the steps of Paris’ Sacré Coeur. Street performers were putting on a good show and a crowd formed. (Most of the time, street performances are safe, but we should all keep our antennas up while enjoying any show.) While the tourists were distracted by the performance, they were worked over by well-practiced pickpockets.

It’s essential always to be aware of your surroundings. Consider using a neck pouch or money belt for your identification and credit/debit cards. Put your wallet in your front pocket or a zippered pocket. Don’t carry your cash and wallet in the same pocket.

Don’t let unscrupulous cabbies and strangers calling you on the phone steal your money.

Cabbie Filcher:
You get in a taxi, and the driver claims the meter’s broken and quotes a good fare. When you arrive at your destination, the cabbie demands more cash and threatens to call the police if you don’t pay instantly. Sometimes the driver leaves the moment you’re in the taxi and state your destination. Later, the cabbie says the meter is broken, demands an outrageous fare, and says they’ll take you to the police if you don’t pay.

Only use licensed taxis or a ride-sharing service with preset fares. Know the basic ride fare in advance. Don’t take taxis without a working meter.

Hotel Hustle:
So, you get a phone call in your room, typically in the middle of the night, when you’re groggy. The voice says they’re at the front desk and having some credit card trouble. The voice asks you to verify your credit card. Of course, it’s an imposter.

This has happened to me twice. Both times I said I’d be right down to the desk. The scammer quickly hung up. Never give out personal or financial information on the phone to someone who calls you. You can’t verify who they are, even with caller ID.

Never give a stranger your cellphone, camera, or other valuable, even if they’re friendly and appear honest.

The Bird Drop:
Someone comes up to you and immediately pulls out a cloth to start wiping your shoulder, claiming they saw a bird dropping land there. As you make a fuss and they continue wiping, with your attention diverted, an accomplice pickpockets you.

When a stranger approaches you, stick out your arm and tell them to stay back. Make a fuss. They don’t want that. Also, as I suggested in the street performance scenario, keep your identification and credit/debit cards secure.

The Wrapping Switch Scam:
You find a great souvenir at a market. After a bit of haggling, you settle on a price. The vendor says he’ll wrap it for you. He takes it to the back and instead wraps a cheap plastic substitute with a similar size and shape to what you bought, then puts it in a bag while you look around elsewhere. You pay him and leave. Back at your hotel, when you take it out to pack it, you find out he switched it for junk.

Never take your eyes from your purchase being wrapped. Don’t be distracted. Make sure it’s what you bought before you leave.

Keep strangers away from you. Don’t engage with them. Make a fuss if necessary to prevent them from getting close.

The Famous Baby Toss:
You’ve been out shopping and are carrying bags of purchases walking down the street or in a station. A stranger comes up to you, seemingly holding a swaddled baby. They ask you to hold it for a moment giving some excuse. You do, and they grab your bags while you’re left holding a doll. Alternatively, sometimes they toss the “baby” to you, so you’re so startled you drop everything to catch the “baby.”

Always keep strangers away from you. Don’t engage with them. Keep your identification, cash, and cards secure.

The Motorbike Grap or Slash and Snatch:
You’re standing on a sidewalk or sitting on a bench outside a building, often near an open door, when someone rushes by and snags your purse or bag, then runs to a motorbike driven by a accomplice who quickly goes away. Sometimes, to steal a bag over your shoulder, they’ll slash the strap with a box cutter, snatch it, then run to a waiting motorbike or car.

You’ve got to maintain your street smarts while out and about. Keep your awareness antenna up and operating. Avoid standing and sitting near doors.

There’s a lot you can do!

What can you do:
As explained above, keep your identification, cash, and cards secure. Use my scam prevention tips. Try keeping an Apple AirTag or similar device in your bags. Thieves will often take your cash and anything they can quickly sell but throw out the rest. An AirTag can help you recover what’s left behind.

While it may be embarrassing, contact the police. You’ll need a police report for your insurance if the theft is considerable. If your passport was taken, report it immediately. You’ll need a replacement to continue your journey and go home.

READ ALSO:
Does DOT’s 2022 airline refunds NPRM protect passengers or reward airlines?
How to keep what you do in your hotel room private

How travelers can get better customer service as demand ramps up