Few federal agencies are coming under the withering fire that the TSA finds itself subjected to. Perhaps, they are simply incompetent as an organization, staffed by lots of smart and well-meaning people but hamstrung by their bureaucracy. Perhaps it is the total lack of control on the agency. Something is wrong.

When even the GAO publishes study after study about the faults of TSA and their haphazard procurement ways; when normally security minded blogs and newspapers question the need for continued increases in surveillance; when the House of Representatives has attempted to reign in this monstrosity; it keeps on ticking.

Unfortunately, TSA has become a symbol of everything the American public loves to hate. It is now the most pervasive arm of our government that most citizens see up close and personal. Even though it is not a law enforcement agency, it tries to look like one with flashy badges, police-style uniforms and patches according to the full-length documentary, Please Remove You Shoes. Even local police tend to ride around in cars and our only interface with them is with the bad luck of getting a ticket. But TSA agents are right there in our face every time we step foot in an airport.

I am going to amble through several of the pet peeves that have made the news over the last few weeks. TSA is the gang that can’t shoot straight. Wait! Please don’t give them weapons. Plenty of their sister organizations have weapons at the airports, if they haven’t lost them. (I know it’s a cheap shot, but can’t help myself.)

Nearly 180 Department of Homeland Security weapons were lost — some falling into the hands of criminals — after officers left them in restrooms, vehicles and other public places, according to an inspector general report.

The officers, with Customs and Border Patrol and Immigration and Customs Enforcement, “did not always sufficiently safeguard their firearms and, as a result, lost a significant number of firearms” between fiscal year 2006 and fiscal year 2008, the report said.

Back to TSA. Let’s take a look at the whole-body scanner fiasco. Almost nine months after the Christmas Day bomber and the rush to get whole-body scanners approved over objections of privacy groups, medical/radiation organizations and government’s own Government Accountability Office (GAO), TSA still only has a smattering of these high-tech, questionable scanners installed across the country. The outrage against these machines is growing exponentially, however, as the American public has a chance to see what the top security minds in the country have created.

Even TSA officers feel the machines are invasive
Where these whole-body scanners are installed privacy issues are still discussed on a daily basis. Even TSA personnel will not go inside these machines to be used as a test for journalists writing stories about the machines because of privacy concerns. “You understand,” they say to me as they go through their routine to make sure I have no idea which officer was in the machine while they ran the test they performed for me.

TSA now punishes passengers who do not go through the whole-body scanners
Reports surfaced earlier in the spring, which were denied by TSA. Now we find that there was indeed a clandestine testing of enhanced pat-downs going on. They lied, of course, in the name of security.

A new “European” pat-down
TSA has coined another euphemism, European pat-down. Sounds like some sort of beauty treatment a Swedish massage or Vichy shower. No. Not quite. This is the name that TSA has applied to a police-style or prison pat-dow using palm forward and roughly pushing the hand into body crevices. I’ve been through scores, of not hundreds of pat-downs in Europe and haven’t been treated like by any European inspector.

Grassroots effort to thwart whole-body scanners
On Flyertalk, a bulletin board of frequent fliers, several members have created a pamphlet and started an organized resistance to the scanners complete with a website urging fellow travelers to refuse to go through the new whole-body scanners. The effort is going viral and international with pamphlets showing up in the U.K., Australia, Japan and Italy.

What’s worse? Lost privacy or lost time? Businessmen say time and TSA fails again.
The before-they-were-installed outrage was focused on privacy violations. Now that some machines are in place, a new outrage is starting. What was already a slow process of going through the security systems at airports has become slower — a lot slower.

Opposition to new full-body imaging machines to screen passengers and the government’s deployment of them at most major airports is growing.

Many frequent fliers complain they’re time-consuming or invade their privacy. The world’s airlines say they shouldn’t be used for primary security screening. And questions are being raised about possible effects on passengers’ health.

“The system takes three to five times as long as walking through a metal detector,” says Phil Bush of Atlanta, one of many fliers on USA TODAY’s Road Warriors panel who oppose the machines. “This looks to be yet another disaster waiting to happen.”

Privacy issues can be rather esoteric, but losing time at the airport is something with which every passenger can identify. And they are irritated. Even the airlines that these machines are supposed to protect are hopping mad.

The International Air Transport Association, which represents 250 of the world’s airlines, including major U.S. carriers, says the TSA lacks “a strategy and a vision” of how the machines fit into a comprehensive checkpoint security plan. “The TSA is putting the cart before the horse,” association spokesman Steve Lott says.

The concerns with these machines is beginning to indicate a boondoggle of amazing proportions, just as the GAO warned. All because of poor planning and testing by the TSA. Though, they assured congressional committees that testing was ongoing, GAO inspections and now reality are showing that TSA has been truthful.

The tale of two Yemenis

Is this an example of good work by the TSA or more incompetence. First the suspects’ bags were allowed to fly on a separate flight from from them, then they were allowed on a transatlantic flight. Was this a clever TSA investigation to see if the suspects led to other conspirators or did the missing luggage get discovered after the two terrorist suspects were in the air on their way to Amsterdam? Were the watches and bottles construed to be bomb materials really just gift wrapped together for different friend and families in Yeman? Why didn’t our vaunted personnel screening process spot an expired visa.

After much hoopla and TSA crowing, the Dutch released the suspects and I expect that the passengers are filing a missing baggage report in Dubai.

“The investigations in the US and the Netherlands yielded no evidence of any involvement of the men with any unlawful act,” said a statement on the website of the Dutch prosecution service, which said the men had been freed without charge.

When will Congress, especially the chairman and ranking member of the Senate Committee on Homeland Security propose control on this wayward agency. Admittedly, the TSA had no leader for months, but when an agency has squandered as many millions of dollars as TSA over the past few years, and when GAO has already blow the whistle on TSA spending and procedures in report after report, when will someone do something to stop this madness?

You're vaccinated. You're free to book flights, but beware of TSA airport changes! 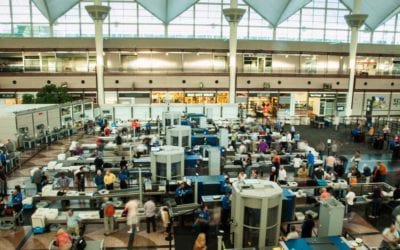