Timely complaints while traveling can be fixed now

Timely complaints can make or break a trip when problems arise 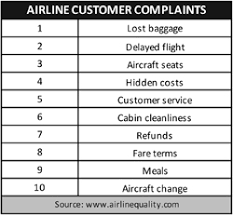 Don’t wait. Timely complaints mean your vacation may be much more pleasant and the hotel, airline, or car rental company will be able to help you enjoy your travels more.

Nobody in the travel industry likes complaints. On the other hand, everybody likes getting complaints fixed. Problems that arise on vacation are only solved with good travel complaint timing.

But one important thing travelers should remember — timely complaints, especially while the problem is still fixable, are like gold. Yes, travel complaint timing is an important factor.

A client going to Hawaii last week was very concerned about his hotel room view. Our travel agency had worked with the hotel, which was going to be nearly full, and sold out of full ocean view rooms. We had requested the absolute best possible view for him. The sales manager told me she had blocked a good room, and VIP’ed him.

Five days into the trip, I get an email that our client feels the hotel “really dropped the ball.” His original room had a great view, but it was near the elevator, and while he hadn’t mentioned it, his wife is a light sleeper. So they asked to be moved. While the hotel offered him a second room, it was near the children’s pool and noisier. The third room offered by the hotel, while quiet, had no real view at all. Eventually, someone had managed to find an upgraded view room for him for the last six days of their stay.

Of course, I can write a whole future post coming about expectations and communication when booking hotels. But, one of his issues is how much time he had spent with the various options. Had the client simply emailed or called on arrival, while I’m not sure the result would have been different, I could have done the negotiating and research into the options for him. Plus, as it turned out, I could have given him a fuller explanation of how limited the options were. (As it turned out, he got lucky with a cancellation for the last nights and the hotel gave him the better room for no additional charge.)

In other travel complaint timing cases, I’ve had people tell me after the fact that they were in a room with maintenance issues, or was not the room type for which they paid, or that their neighbors were loud enough that they couldn’t sleep. However, while they were unhappy, they didn’t say anything while on their trip.

These sorts of problems frustrate hotels and travel agents alike. When we know there’s a problem, we can often fix it. Even when a hotel is completely full, our agency might at least be able to negotiate some compensation to make the trip better. For example, I’ve had plenty of hotels offer guests a free meal, free drinks and other amenities to make up for deficiencies, even at times when it’s not the hotel’s fault.

When travel agents don’t hear until someone comes home that there was a problem, the most we can do is ask for a refund. Travel complaint timing is lost. When hotels learn in a bad review or a complaint letter that there was a problem, there’s nothing they can do except apologize. Perhaps they will issue a partial refund or a discount on a future stay. Unfortunately, since this is after the fact, the traveler has still had an unhappy experience.

Complaining at the time of pickup also is helpful with car rentals. Admittedly, a renter might not notice the problem with a contract until after they get the bill, but if the price is wrong, it is MUCH easier to fix it while at the counter before the contract is signed. Similarly, if the car has driving issues or is damaged in any way, the time to speak up is immediately at the counter or when discovering the problem. Not only will it probably result in a better driving experience, but it can also avoid potential charges if the rental company claims the damage was your fault.

For that matter, even with air travel, speaking up at the time is a better option than being miserable. Ask for a supervisor if there’s a check-in/fee issue. Ask on board the plane if there’s a problem with a seat reservation. Maybe something can be done.

The important thing is, while many things can go wrong during travel, no one wants travelers to be miserable. So, speak up, nicely. Maybe the trip can be saved.

Editor’s note: If all else fails and nothing can be corrected during your flight, make sure to complain to the airline and also fill out the Department of Transportation Complaint form and send that in as well. That form will be forwarded to the appropriate airline office. The DOT form is important — your response from the airline is virtually guaranteed, plus, DOT has a record of the problem, which it can use for future rulemakings.

Aviation industry unifies to get the government working again 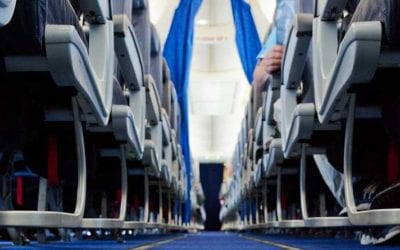 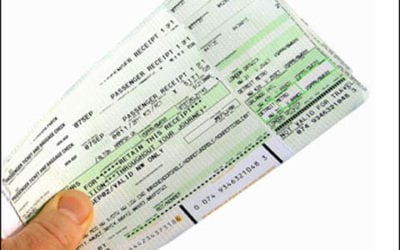 Getting an airline refund isn't easy