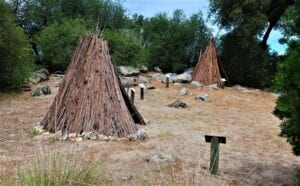 Following the hilly, curvy road that snakes through Yosemite National Park in California, every turn elicits another “wow” moment. It’s not easy to decide which view best demonstrates the appeal of the setting: Dramatic overlooks, soaring mountains, rushing waterfalls, or other breathtaking examples of Mother Nature’s magnificent handiwork. The Yosemite region continues the drama of the National Park.

Equally challenging is choosing among a number of nearby places that themselves would be worth a visit, and which greatly enhance a trip to the area. From ancient fossils to Native American culture to gold mining, something-for-everyone variety adds to the appeal. A sampling of these Yosemite region sites is grouped together in Madera County, just outside the southern entrance into the park.

READ THE STORY OR THIS WONDERFUL YOSEMITE REGION IN DETAIL AT TRAVELERSUNITEDPLUS.COM