Take simple steps to minimize contact with germs while traveling 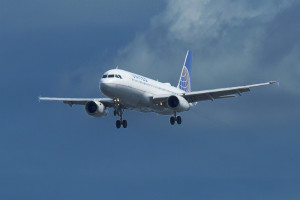 Is there anything much worse than getting sick while you travel? I don’t think so. Like other travelers, I’ve been sick in both big cities and in the middle of nowhere while away from home. We all know it’s not fun.

Traveling by air means being in tight circumstances and being close to people, many of whom are sick. It means handling and touching surfaces laden with germs.

While most people can fight off illness most of the time, we can help ourselves by recognizing top contamination areas in airports and airplanes and by taking simple, effective germ precautions.

The self-check-in kiosks have the highest contamination in airports. Their tests revealed an average of 253,857 CFUs (colony-forming units). One screen tested had more than one million CFUs.

To give you a reference point to understand the significance of more than 250,000 CFUs, a kitchen countertop at home would average 361 CFUs and a home bathroom doorknob averages a little more than 200 CFUs.

So, that check-in kiosk has about 700 times the CFU contamination as the typical home kitchen countertop.

So, what can we do to protect ourselves?

First, keep your hands away from your mouth and face while checking into your flight and going through security. Once through, seriously consider washing your hands in one of the airport lavatories, if possible. If not, use a hand sanitizer. A bottle or two of a hand sanitizer is a must for any trip.

The CDC tells us that, “Handwashing is like a ‘do-it-yourself’ vaccine.” Washing involves five easy, but effective steps; wet, lather, scrub, rinse, dry. Regular handwashing is one of the best ways to remove and prevent the spread of germs. Rubbing your hands and creating skin friction between your hands is the most important part of hand washing. Wash for at least 20 seconds.

If you don’t have enough time after you get to the gate, use hand sanitizer to kill the germs from the surfaces you’ve been touching at the airport. If you have a long wait at the gate, such as for a long layover, use an antiseptic wipe on your seat and don’t miss the armrest.

If I’m thirsty at the airport, I typically buy something to drink, rather than use the water fountain.

Tip: If you have to take your shoes off at airport security, keep your socks on. The floors are filthy. Change to fresh socks from your carry-on before putting your shoes back on. Consider enrolling in TSA PreCheck or Global Entry if you can. Travelers in PreCheck lanes can keep their shoes on.

In airplanes, there is another set of unsanitary areas with which you must contend.

Tray tables have been labeled the most germ-laden places on planes, but the new InsuranceQuote study reveals it’s really the plane’s lavatory flush button at more than 95,000 CFUs. Tray tables are highly contaminated at almost 12,000 CFUs, 33 times the contamination of typical home kitchen countertops.

Other problem contamination areas on airplanes with high CFUs include: seat pockets, seat covers, seat belts and their armrests, all bathroom fixtures, touch-screen entertainment systems, overhead air vents, overhead bin latches, in-flight magazines, window shade handles and blankets and pillows unless you get them directly from a “sealed” plastic bag,

Auburn University’s researchers, in tests they’ve run on airplanes, show that bacteria can survive for up to three days on plastic tray tables. That’s part of the problem. Another is passengers use tray tables and other areas of the plane unsuitably. I’ve seen parents change their baby’s diaper while on a tray table, with both diapers and the baby’s bottom on the tray table. They didn’t wipe down the tray table before or after changing the baby, either.

Another problem is that airlines don’t disinfect planes on a regular basis. Even when they wipe the plane down between flights, I’ve observed them using the same cleaning rag on row after row.

Tip: Many bring their own blankets and pillows with them when flying. Get them cleaned at your destination before flying again and at home after your trip.

When I get to my seat in the plane I whip out a couple of antiseptic wipes and wipe down my seat, tray table, air vent, etc. I don’t use the seat pocket at all, ever since I found a dirty diaper in it. In the lavatory I push the toilet button using a paper towel. I thoroughly wash my hands every time I’m in the lavatory and push the door open with another paper towel.

Every traveler needs to take responsibility for their health when traveling. Even when flying, it doesn’t take much effort to do so. Bring hand sanitizer and antiseptic wipes in your carry-on to clean your hands and contaminated surfaces. Wash thoroughly when you can, with soap and water.