What does “flatten the curve” really mean?

Flatten the curve protocols allow our medical system to treat more people with coronavirus. But the solution can also kill by stopping much of the economy. 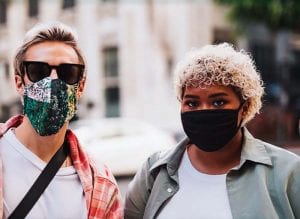 These days the United States is emerging from the period of shelter in place. The effort so far is based on limiting the rate of infection in the US. This will allow the medical system to manage the demand for hospital care. Basically, we aim to keep the medical system from being overwhelmed.

The short video that follows shows where the term “Flattening the Curve” came from. It also shows that pandemics have been anticipated. However, over the past several administrations, stockpiling medical supplies and preparing for a  pandemic did not happen.

As the COVID-19 pandemic started to take off, our medical systems were overwhelmed. This was especially true in areas where there were large concentrated populations. There is plenty of finger-pointing at the current administration, however, they are not solely to blame. Flattening the Curve was outlined in pre-pandemic planning guidelines back in 2007, according to the video below. Unfortunately, since that time, other than studies and plans, implementing the findings were all but ignored.

Here is a definition of “flatten the curve”

According to WebMD, the definition was as follows:

You may have seen a graph on social media called “flattening the curve.” That graph shows a tall, narrow curve and a short, wide curve. Through the graph is a line that shows how many sick people U.S. hospitals can treat. The tall curve goes above the line. That means too many people are sick at one time: We won’t have enough hospital beds for all the people who will need treatment. The flatter curve shows what happens if the spread of the virus slows down. The same number of people may get sick, but the infections happen over a longer span of time, so hospitals can treat everyone.

The following mid-April video provides a more graphic description of flattening the curve.

A national approach gave way to state and local programs

There was much disagreement in Congress and among the media about the federal pandemic response. Consequently, the state leaders took control of dealing with the pandemic within their states. The federal government took a supporting role, mainly as a funding engine.

Our national response demonstrates the federal nature of our government. The US is a collection of states that form our country. Regional differences made dramatic differences in state responses. In California, most of the state lives from Santa Barbara south. Northern California, with almost no virus evidence, had to deal with a state government that focused on the south. The solutions in New York City were not appropriate for states like Delaware or Texas. That being said, every state seemed to have its coronavirus hotspots.

READ ALSO ON TRAVELERS UNITED BLOG:
How to avoid passing out at 35,000 feet
How to keep your plane clean and disinfected

States are opening their economies on different schedules

The states have begun to open economies again. For restaurants, this means allowing outdoor seating in some cities. In others, indoor social distancing is practiced. For stores, initially, there will be mask requirements, social distancing and shopper limitations. Beaches should be less crowded. And many gatherings are being limited across the country.

Even within states there are different rules. Northern Virginia is treated as though it’s a different state from the more rural southern counties. In northern Maine and New Hampshire, elective medical procedures were stopped to make room for pandemic victims. It turned out that with few coronavirus patients, upstate hospitals and doctors lost lots of income. These stories of regional differences repeated themselves across the country.

In six months, will the new COVID-19 rules and restrictions still be with us? Or, will masks, social distancing, deep-cleaning of airplanes, empty sports stadiums, and touchless transactions be forgotten? Predictions vary widely.

Did we save lives as we flattened the curve, and how did the economy fare?

Future research will shed light on this question. Every reaction to one factor has reverberations in another one in the economy. We do know that the country did not suffer deaths at the rate of Spain or Italy. NYC was hit by the virus at a far higher rate than Texas. Entire industries faced about two months of no income. Major travel and tourism players like airlines, hotels, and rental car companies have suffered and will continue to suffer from deep drops in their number of customers. Many small businesses like restaurants may never open again. And, individual proprietors will be happy just to stay in business.

The cost to the travel economy has been enormous. Now, the loss of life may be skyrocketing again. Did we make the right choice?

Did Congress do the right thing? They poured lots of money into the economy? Should they have done more? From the point of view of a travel advocate, more could have been done. The airline bailout turned out to be a stopgap unemployment insurance program for airline employees. The federal billions of dollars provided about seven months of airline employment. Now, in October, the delayed layoffs will more than likely add to our unemployment roles.

I don’t remember the last time that our nation has had to make decisions that affected the everyday lives of our citizens. When the choice is presented as the difference between the fear of dying or staying alive from a virus, answers are stark but easy. When those options bring the potential for social disorder and poverty, answers are just as stark but not easy.

The actions of the President, state governors, national legislators, and state legislatures will be debated. The next few months and the election will be a massive referendum about personal values and national values. Decisions will not be easy. To say the least.