Under the Mistletoe — tales from the Library of Congress

Kissing under the mistletoe is a tradition that goes back centuries. 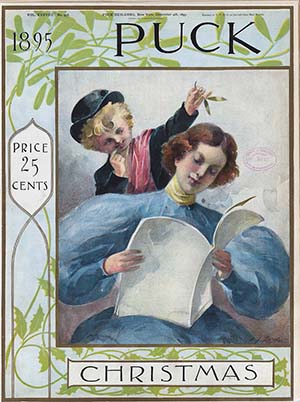 The holidays are full of many traditions — gift giving, sending cards, singing and cooking. Also kissing. If ever there was a time to pucker up, it’s in December, under the mistletoe. Washington Irving wrote in the 1800s, “young men have the privilege of kissing the girls under [mistletoe], plucking each time a berry from the bush. When the berries are all plucked the privilege ceases.”

The history of the symbolism of kissing under the mistletoe has a few different versions. In Norse mythology, Odin’s son Baldur was prophesied to die. So his mother, Frigg, went around securing an oath from all the plants and animals that each wouldn’t harm him. She forgot to check in with mistletoe, so Loki, up to no good, made an arrow from the plant and used it to kill Baldur. There seem to be a couple of ends to the story. Baldur was resurrected, and Frigg declared the mistletoe a symbol of love and vowed to kiss all those who passed under it. Alternatively, Frigg’s tears over her dead son became the berries of the plant, and she vowed not only that it would never again be used as a weapon but also that she would kiss anyone who passed beneath it.

Other romantic overtones came from the Celtic Druids in the first century, who viewed it as a symbol of fertility, vivacity, healing and even luck, because it could grow even in winter. Kissing may have begun with the Greeks, during Saturnalia and later during marriage ceremonies, because of the plant’s fertility powers. And the Romans were said to reconcile their wartime differences under the mistletoe because it represented peace. 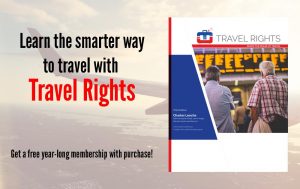 The Library has in its collections a couple of books that make reference to both the Baldur and Druid stories. In this poem by Sarah Day in “From Mayflowers to Mistletoe,” Day writes “A song of Mistletoe, oh, ho, ho! ‘T is a plant that is olden in story: I decked for the Druid his victim’s last throe, to Baldur a death-shaft I sped from the bow, not a tribute that’s mine am I wont to forego; Behold me, the Mistletoe hoary!”

How the mistletoe tradition made the leap to holiday decoration isn’t clearly evident, short of the Druids using it in their Saturnalia celebrations, which was first observed on December 17.

In “A Vision of the Mistletoe,” by Maria Sears Brooks, a man dreams about the “mystic tie” that mistletoe has to “Christmas cheer.”

Ironically enough, certain varieties of the plant itself are poisonous. And, the plant is actually a parasite, the seeds of which attach themselves to other trees, literally taking root and stealing its host’s water and nutrients. How is that for romantic!

Perhaps, this song from the Library’s National Jukebox collection will put you in the mood … and joining Travelers United.