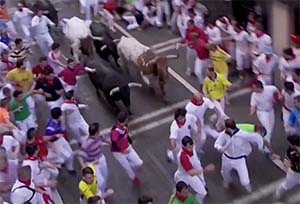 When I meet new people and they find out that I write about travel and that I have been traveling for years, they often ask, “What is your favorite place you have visited?” My answer, “I can’t answer that, I tend to enjoy almost everywhere I visit.” I go on, “Perhaps a better question might be what destinations with the best travel memories? Or, what places do you think are best to visit with kids? Or, with a lover?”

Those are travel memories questions I can answer more easily and explain a bit about what drives my decision. Here is a list of memorable trips that still resonate with me after decades of traipsing across the globe.

Now, we have to see how the coming vaccines work and whether large crowds singing and dancing together will be allowed. Next year looks lost. However, afterward, we may find travel as we used to know it, re-emerging.

Pamplona, Spain, Fiesta of San Fermin (The Running of the Bulls)

Anyone who knows me knows that Pamplona tops my list. After all, I have been returning every year since 1976. Why? So many friends ask me over and over. I find these nine days in July, from the 6th to the 14th, a total escape, a chance to step off the planet. I think that even the International Herald Tribune gets there the day after publications. Of course, the Web makes losing reality more difficult, but waking up to bulls in the street followed by wine with breakfast and plenty of great friends, dancing in the streets and wonderful meals, keeps reality at bay. 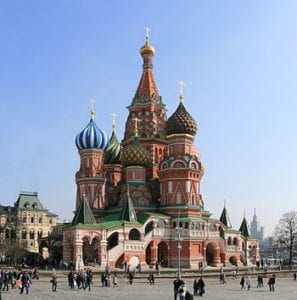 This was a surreal trip taken with Intourist, the Russian tour operator. My brother and I were the only Americans on an Italian tour purchased in Rome. We clickety-clacked from Venice across Czechoslovakia to Warsaw, then headed to St. Petersburg via Vilnus, Latvia. Took the overnight train to Moscow, then to Kiev and finally to Budapest before heading back to Venice.

St. Petersburg’s Hermitage Museum was particularly impressive, even for a boy brought up in Europe, where museums were a staple of travel activity. Singing “If I Had a Hammer” sitting on the steps of St. Basil’s in the middle of Red Square, across from Lenin’s Tomb, was an adventure. I expected to be carted away to prison and the gulag any moment. Discussions with Russian students in Gorky Park were fascinating. My brother and I spoke Italian and English. Italian friends spoke Italian and Russian. That allowed three-way conversations. In Kiev, we discovered a youth underground of bars that rocked into the wee hours. And, in Budapest I reveled in wine and remember dancing on tables. 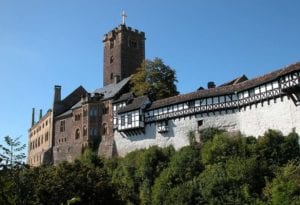 East Germany just after the wall came down

I crossed into East Germany in 1990, a year after the Berlin Wall fell. At that time, for westerners, East Germany was an enigma. The German tourist office had no idea of what to expect. Locals warned about driving on the roads — they were full of potholes; they were designed for a maximum speed of 50 mph; they went from good to bad without warning.

During my Army days, I was in charge of collecting intelligence about a section of the West/East German border, so I knew the towns and roads all second-hand from maps and aerial photos. Driving into East Germany became almost like stepping onto the moon, it was so unknown.

But, the days there were wonderful. My German and other languages were necessary. I was engaged in lively conversations every evening in gasthouses and bars where I met hundreds of locals who regaled me with stories about the past and their hopes for the future. I stayed in private homes ranging from a room rented out by a tram driver in Leipzig to a cozy house in Weimar, and from a Baltic Sea coastal bungalow in Rügen to the home of the ex-police chief in Schwerin. In Berlin, I stayed in a former fruit pickers’ barracks together with truck drivers from across Europe — Italy, Yugoslavia, France, Turkey. Soccer was the common language. 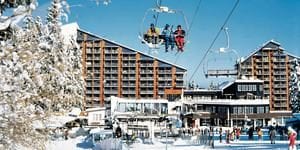 Skiing in Bulgaria and Yugoslavia

While working on my ski guide to European resorts, I had the opportunity to visit Bulgaria and Yugoslavia in the first years of Glastnost under Mikhail Gorbachev. The ski lifts were antiquated, reused for the most part from Austrian and Swiss resorts that were upgrading. The skiing was rustic, but very inexpensive.

However, my most vivid memory from the trip was meeting Russian women from St. Petersburg who wore colorful ski outfits and makeup. I was amazed at the burst of consumerism that had spawned in Russia. A previous visit back in the days of Brezhnev had led me to expect ski outfits in various shades of black. I had a great day skiing with my seven Soviet bombers for two days. When I left, I knew that the once-evil Soviet Union was on its way to change.

READ MORE ON TRAVELERS UNITED BLOG:
How to enjoy St. Petersburg, Florida, from its museums to beaches
Learn more about eating your way through Venice 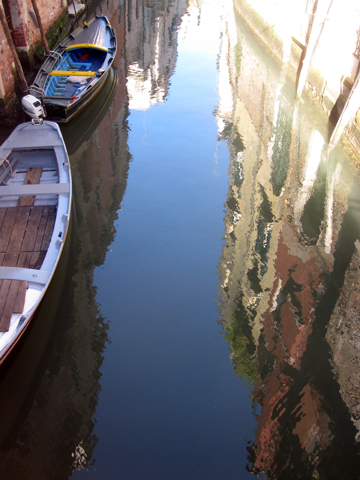 Spending a month in Venice

When I told friends that I was planning on staying in Venice for an entire month, they thought I was nuts. Some suggested making Venice a base and striking out to explore northern Italy several times a week. But, my intention was to stay in the serene city and experience it completely.

I could wake up at 7 a.m. each morning and ride the vaporetti along the canals as the sun was rising, walk through the narrow alleys and over arching bridges, zig-zagging across the city. After four weeks, I knew my way around the narrow Calle and the canals like a local. I speak Italian, so eventually, I gathered a group of good friends. These travel memories could only come from spending time in one magical place.

Lunch was always beside a canal, in some tucked-away trattoria or packed pizzeria. Or, I would meet friends for sombras (small glasses of wine) and cicchetti (snacks or tapas). Then, I headed back to my apartment to start working at around 8 a.m., Washington, DC-time. Conference calls were conducted by Skype. Few knew I wasn’t in DC.

A month without hearing cars and waking up to the sounds of ringing church bells and singing birds was bliss. So much so that I managed to escape back to Venice every other year for most of a decade. 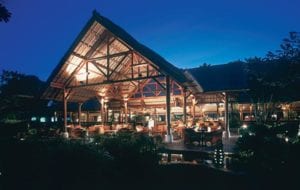 The tropical life in Bali

This was my introduction to the true tropics — one of my travel memories. I was astounded that the Hyatt Hotel “lobby” had no walls, only a grass/palm-thatched roof standing on rustic log columns. The swim-up bar was one of my favorite spots.

Somehow, we ended up with our own driver for our time in Bali. He would meet us every morning and we would strike out for a different part of the island. Day trips to Ubud to see artworks and find recommended friends were an adventure back then. We discovered butterfly parks and botanic gardens. The experience of “paradise” was the adventure.

My travel memories lists can go on — skiing in Chile, hiking in Spain’s Val d’Aran, staying in Spain’s Paradores, twisting over torturous Alpine mountain passes like the Splugenpass between Switzerland and the northern edges of Lake Como in Italy, circling Ireland after a winter snowstorm, searching for Britain’s oldest pub in the fog through narrow roads, seeing the Passion Play in Oberamergau (which will be held in 2022 because of the pandemic), riding the Glacier Express, flying over the outback in Australia, searching for El Cid in Spain, cruising through the islands of Stockholm, and more. Memorable trips like these all stoke the magic of travel and keep me traveling.

How Lincoln’s Thanksgiving Proclamation created this holiday for our nation

DOT releases a deceptive definition — is it unfair?