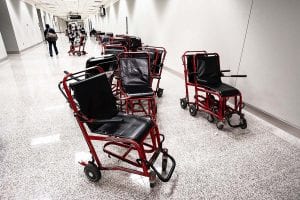 Today we examine how society has changed from focusing on needs to wants. Are they equally valuable in solving problems? It depends on the definition of the problem. Contributor and Travelers United co-founder Chris Elliott takes a deep dive into travelers faking disabilities to get better treatment. Finally, we enjoy a tour of plague sites across the planet.

In search of amusement (or solving societal problems)

As we enter the early exit stages of this pandemic, according to a blog I follow, Seth’s blog, we need to reassess how public money is spent. In fact, it means that we have to reassess how we spend our money. Sometimes, what is really important is not valued fully. Teachers get paid less than basketball players. The masses all shop for the cheapest foods and eschew quality because of costs.

Society changed from a world where we paid for needs, but now that basic needs are filled, we pay for what we want. That shifted the value from needs to what is good for the overall country.

Marvel spent $400,000,000 to make Avengers: Endgame. Because there was a business model in place, that made it a reasonable investment choice.

What if we wanted to cure river blindness or address ineffective policing as much as we wanted to watch movies? The business model would shift and things would change – in a different direction.

I’m not sure there’s an intrinsic reason that watching a particular movie is more satisfying than solving an endemic problem. We’ve simply evolved our culture to be focused on the business of amusement instead of the journey toward better.

Nothing may change, but at least for a moment, you may think about what can be.

Travelers need to stop faking disabilities. It’s hurting people who DO have them

Christopher Elliott takes a deep dive into the world of travel fakers. He questions the motives of those fake disabilities and claim a need for a pet to travel as a support animal. It seems that the basic rationale is saving money and getting better service.

I am certain that you have seen “miracle flights,” where passengers are wheeled aboard planes as disabled and later walk off the plane seemingly cured. This faking has resulted in new, far more stringent emotional support animal rules. It affects the ability of truly infectious and contagious passengers to postpone travel.

“This is a challenging situation for companies to address and an especially delicate issue that they should approach very carefully,” says Vassilis Dalakas, a marketing professor at Cal State University San Marcos. “I think companies would rather err by allowing a fake disability to get through than by questioning a legitimate one.”

Most critics focus on the faker, but not the reason for the faking. But stopping the shenanigans requires that we go there. For example, why did the American Airlines passenger so desperately want a better seat?

Maybe it’s because the regional jet had eensy-weensy, claustrophobia-inducing seats. And if the airline took out a few rows of seats, giving everyone a little breathing space, it would fix the problem.

How plagues shape the landscape 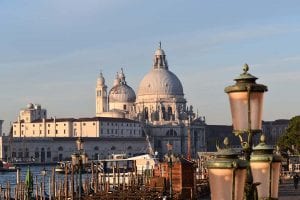 This NYTs article lists monuments to different plagues and pandemics over the ages. From Reunion Island in the middle of the Indian Ocean to Pennsylvania’s Tinicum Township, and from the Leiden Plague House in the Netherlands to the engineering marvel of the Canal of Marseilles on the Riviera, these monuments preserve history.

In 1631, Venice was in the claws of the plague. In order to ward off the disease, the republic began building the church, Santa Maria Della Salute, or St. Mary of Health. It was a display of devotion in the midst of upheaval.

The Basilica would not be completed for 56 years. Yet seven months after the laying of the cornerstone, on Nov. 21, 1631, the city was declared plague-free and the annual thanksgiving tradition kicked off…

Venice boasts five Baroque churches inspired by different plague surges, each adorned with relevant artwork. On the high altar of Santa Maria della Salute is a sculptural ensemble by the Flemish Baroque artist Josse de Corte. The master depicted the disease as an old woman in flowing garments, whom a torch-wielding angel chases away.

READ ALSO:
Why do DOT changes move slowly? Consumer advocates want to know
The kind of travel bargains you SHOULD book right now

How can you find true travel courtesy?