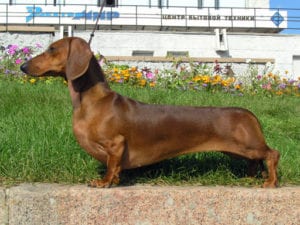 This weekend we take time out to check out the new Dachshund Museum that just opened in Germany. We dive into the world of central-city congestion tolls that are being used in Europe and may find their way to the US soon. Finally, with the DC cherry blossoms blooming so slowly, we take a look at where to see blossoms in Paris.

This is something new. After decades of travel, I have to admit that I have not seen a sausage dog museum. These cute long dogs have always been fun and loveable as heck, but do they really need a museum?

The Dackelmuseum was created by two former florists, whose collection was amassed over 25 years. Artist Pablo Picasso and physicist Albert Einstein were among the dachshund’s many fans.

The museum opened [this month] in the heart of Passau, in the elegant Residenzplatz. The curators say it is the world’s biggest collection of dachshund-themed objects.

“The world needs a sausage dog museum… No other dog in the world enjoys the same kind of recognition or popularity as the symbol of Bavaria, the sausage dog,” said co-founder Seppi Küblbeck.

This week,the new Dackelmuseum (or dachshund museum) opened its doors in the Bavarian city of Passau. Inside, the BBC reported, it’s filled with 4,500 different items celebrating the breed, including toys, icons, canine stamps, artistic prints with sausage dogs as the main character, handmade puppets, and more.

Seattle could be the first U.S. city to institute congestion pricing

This is serious. In Europe, cars have been discouraged from entering city centers. London and Stockholm both charge tolls to come into the city center. Traffic has been cut way back and after an initial period of irritation, the population now thinks the congestion pricing is good. Now, Seattle is looking at a similar system to cut traffic in that city center.

…the politics of congestion pricing are tricky — the new tolls stir opposition, while the benefits aren’t immediately apparent until the policy is in effect — and only a handful of cities have enacted it. So far, none of them are in the United States.

Most recently, New York Governor Andrew Cuomo got cold feet and put no weight behind a congestion pricing proposal for New York City crafted by a panel of his appointees. Cuomo and the state legislature ignored most of the panel’s recommendations in their new budget deal.

It’s possible that Seattle might beat New York to the punch. Mayor Jenny Durkan is seriously considering a bid to set up a congestion pricing system, reports David Gutman at the Seattle Times. Durkan said she’d like to have it in place by 2021 — the end of her first term…

The best places to see the cherry blossoms in Paris

While my friends in Washington, DC, are still waiting for the cherry blossoms to peak, here is a collection of hidden corners, gardens and parks in Paris. BonjourParis let us know the flowery details.

1. My absolute favorite is the Square Marie Trintignant, on the southern edge of the Marais, on Quai des Celestines. This is a cute enough little park for lunch any time of the year, but, quite honestly, rather unspectacular considering the other parks Paris has to offer. But in late March or early April every single tree here bursts into flower, you cannot see the sky for the blossoms, and the ground is covered in pink confetti.

2. Behind the Institute de France between rue de la Seine and rue Mazarine you find the even tinier Square Gabriel Pierné. This is the quartier for art galleries and colleges, so you’ll usually find students here sketching away. There is also the very lovely, if controversial, sculpture of ‘Carolina’, a naked young girl, who was reportedly modeled on the daughter of sculptor Marcello Tommasi. And then there are the benches, shaped like open books; they are perfect to sit on under the cherry blossoms.