How to stay safe when traveling — use city smarts

Hit-and-run thieves have many schemes for separating you from your possessions. 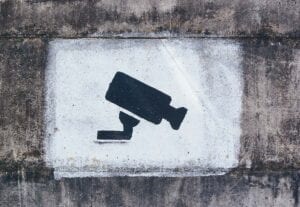 An email has just crossed my screen pleading for help. It isn’t the first and it won’t be the last. Another traveler has just been robbed in the Paris Métro. He claims he was on the lookout for people up to no good. Unfortunately, that’s easier said than done. Stay safe while traveling by following these rules.

Hit-and-run thieves have more schemes for separating you from your possessions than Campbell’s has varieties of soups. Anywhere in the world, travel using city smarts and you’ll do well.

These synchronized theft plots are seemingly innocent, but voilà, within minutes, you’ll emerge virtually nude and missing so many essentials your trip may be ruined. If not ruined, you’ll find yourself standing in line at your country’s consulate hoping it can produce a replacement passport in time for you to make your outbound plane. Wouldn’t you rather be standing in the Louvre looking at a new exhibit? Or walking the streets of Paris or other cities being inspired by their architecture? Here are some current scams and situations that should raise caution and engage defensive street smarts when encountered. 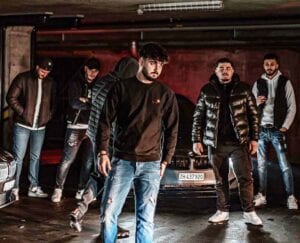 Gangs of kids or savvy (even grabby) adults looking to augment their incomes view vacationers as prey. No matter how cosmopolitan or sophisticated a tourist may seem, as a whole many appear tentative, especially when in the midst of a crowd. This is especially true when they’re in a country where they don’t speak the language and haven’t developed a sixth sense of the rules of the local highway.

Even when people aren’t far from home, petty thefts are rampant. So many cell phones have been lifted in the Washington, DC, metro that the transport authority waged an anti-theft campaign. Steve Jobs would be proud his personal media players are so in demand. The powers-that-be in charge of the area’s subway have taken ads on local television stations instructing commuters how to avoid being ripped off. Imagine, there’s a secondary market.

Keep your smartphones, cameras, digital readers, and other devices out of sight

If your iPhone or iPad disappears in Paris, don’t even bother reporting the loss to the police because you won’t garner any sympathy. They’re today’s prize, to the point that the Paris Mayor’s office is trying to have them locked if used by anyone other than the rightful owner.

No, it’s not a gold ring (just in case you are offered one)

Whatever you do, don’t fall for the “gold” ring trick. No one is going to give you one even if you supposedly dropped it. Keep on trucking, even if it means walking (carefully) into the street. One friend always carries a whistle. It’s not dumb to know how to yell “help” in the home language. In French, that’s “au secours!” as in “o skoor” with a long o sound to open.

There are so many things people can do in Paris and in other EU cities—as well as destinations throughout the world where crowds gather. We’re not just talking public transportation, but sporting events, public places and even museums. Many people go to markets only to discover they have no cash and/or credit cards when they reach to pay for that precious item they’ve discovered. You know, the memento that you planned to buy as a forever reminder of your trip.

Stay alert. Be aware of what’s happening around you.

When arriving at your destination, stay awake long enough to clear Customs and be 100 percent certain that after you’ve done so, you’ve organized your essential papers, credit cards, money, etc. Whatever you do, be sure to place the collection in different places on your body, luggage and, if you’re traveling with a companion, split valuables. Do not do as so many travelers do and carry any of these vital items in your pockets and/or backpacks. It’s a cinch for a thief to grab your necessary papers if they’re grouped together. Please remember, they know the airport or train station a lot better than you, as well as the fastest exit. More than likely, your papers will be long gone before you’re aware you’ve lost them.

Public transportation is the site of many thefts 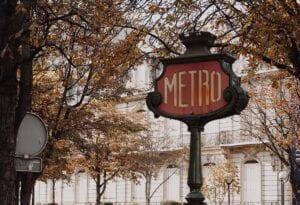 Even though it may seem more expensive, if you’ve traveled for hours and through multiple time zones, it’s often prudent to order a car or shuttle or take a taxi to your destination rather than a train. If you’re landing in Paris, the RER has had more than its quota of reported robberies. So many people doze off during the ride that it’s a prime place for groups of thieves to take advantage. Just because someone is younger than 12 years old, don’t assume they’re innocent. Many of these children never see the insides of any school other than the ones of hard knocks.

Late at night, train stations attract unofficial “taxi” drivers who extort enormous fares from unsuspecting passengers. If you find yourself in such a situation, find a nearby hotel or restaurant where you can get an idea of the fare you should expect to pay before you accept an offer from one of the “helpful” guys lurking anywhere but at an official taxi stand.

Be on guard — we call it city smart

Be leery of some people who offer to help you with your suitcases when you’re boarding a train. If you’re traveling heavy, you might consider him or her a savior. I didn’t feel that way when I “lost” a purse in Avignon the day before I was scheduled to go to the U.S. Thank goodness my airline ticket was with my computer that I watched like a hawk because if it were to be stolen, there would be serious repercussions.

The same goes for “survey-takers” holding clipboards, strangers who approach by asking, “Do you speak English?” or those with a card bearing crib notes in several foreign languages. You pause, they get too close and so on. Just keep walking.

Before you leave home, make two or three copies of the pertinent pages of your passport. Ditto for the numbers of credit cards you’re going to be using during your trip. Notify fraud departments at your credit card companies of your travel plans and be sure that you have a four-digit numeric code that will enable you to access ATMs that are increasingly omnipresent in London, Paris, Rome, Madrid and even Eastern European cities.

Leave a copy of all of this information with a trusted relative or friend at home, and carry a set with you; if you’re traveling with a companion, carry your own plus a copy of your companion’s data. Contrary to what many believe, you are not required to carry your passport with you—a photocopy will suffice. In France, you have 24 hours to produce the real McCoy if necessary. Stores will accept a photocopy as identification for détaxe forms.

When you reach the hotel, stash your passport and extra credit cards in the hotel safe. Take only a couple of credit cards with you during your outings. Don’t walk around with wads of cash; most places accept Visa and MasterCard and, again, ATMs are common at banks, hotels and even the French post office stations. American Express cards can be problematic in Europe because they tend to charge merchants higher transaction fees. If you’re staying at a five-star hotel, not to worry—there’s enough margin built into their rates. 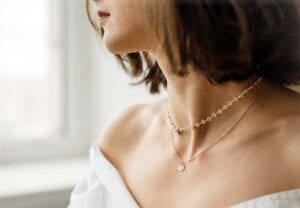 Jewelry should not be flashy

Don’t wear flashy jewelry; it only draws attention and this holds true for costume jewelry as well. Professional thieves usually know the real stuff versus the fake; however, amateurs will go for anything that shimmers. Make it your business not to wear adornments that scream “bling bling.” Simple gold necklaces may be the top theft item in many countries.

The advice may sound trite and some may wonder why any of these hints merit discussing. However, just walk into any foreign consulate in nearly any country and you’ll encounter a group of fellow countrymen singing the blues. Stay alert to minimize being the victim. Don’t be paranoid after reading this; the great majority of ConsumerTraveler readers return home safe and sound.

If you have stories you’d like to post, please do so. We can learn from one another.

Santa Fe sightseeing is far more than the city’s art 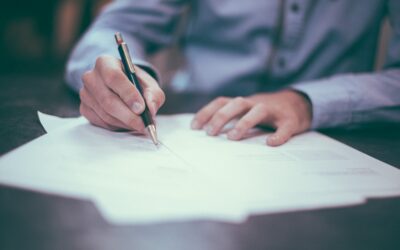