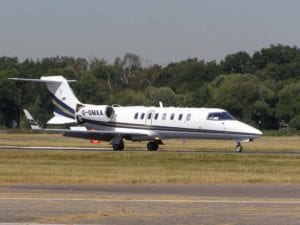 When corporate bigwigs get a deal for their private jets, they can’t stand to be treated like regular commercial passengers. That has become evident as the debate about modernizing and reorganizing the air traffic control system (ATC) is reaching the decision point.

Travelers United has long held that the public flying on commercial aviation should be served by an excellent, up-to-date ATC system. It is one of the top consumer priorities and Travelers United has been at the forefront of the debate in Washington since 2010. A modernized system will save fuel and time, plus it will mean more direct routes across the country and will make our airspace more like the airspace systems of Canada, Australia, Asia, and Europe. It will be a win, win, win for everyone.

Though Congress has provided the FAA all the funding they have requested for the past two decades, our system is still mired in technology from WWII. Radios still have dials. There is no GPS. Plane separations are dictated by the time it takes for a radar to complete its sweep of the airspace. Clearly, moving forward using the current organization is not working. It is time for a dramatic change in how our ATC organization works.

Unfortunately, the business jet community doesn’t agree. Now the Wall Street Journal has written an editorial that agrees with the sense of the earlier Travelers United column.

House Transportation Chairman Bill Shuster wants to leverage private expertise to run the U.S. air-traffic system, which has failed to evolve with technology. The bill would replace taxes with user fees, as Canada and other countries have done.

Business jet opponents who want to keep the old-fashioned system in place because it locks into place far lower costs that commercial aviation filled with everyday passengers. They claim that the airlines will rule the skies. Hogwash.

…the major airlines would nominate only one seat on a 13-member board, as the Reason Foundation’s Robert Poole has pointed out, down from four in a previous proposal.

Also on the board are members nominated by cargo airlines, regional airlines, airports, business jets, unions and others, none of whom will be easily re-accommodated to whatever the major airline agenda is. Board members cannot be employed or paid by any aviation business or group during their tenure. The bill also exempts general aviation from paying any air-traffic user fees. This includes business jets.

Travelers United has written about extra benefits that the super-rich receive at the expense of the common commercial traveler in published articles:

These tycoons and corporate leaders all live in a world of private jets that the public rarely sees. Worse, the American public subsidizes this corporate and private jet system of travel. Despite using 10 percent, or about $1 billion, of air traffic control resources, high-end private jets pay only 0.4 percent of the costs to maintain the current system. Corporate jets are also exempt from the FAA’s air transportation tax, which funds 95 percent of ATC operations.

The Wall Street Journal editorial points to coming reductions in the ATC costs after modernization. Using Canadia ATC rates a flight from New York to Orlando on an Airbus A320 would cost the public 43 percent less than today’s collection of taxes and fees. Their studies showed that on some routes the ATC cost would drop more than 60 percent.

Clearly, for the public to enjoy the benefits of new technology, the private jet lobby needs to back off and allow our ATC system to be reorganized and modernized. Fuel usage will drop. Flight time between destinations will be shortened. New parallel runways can be utilized. And, the entire ATC system can begin to work for the American public.

Powder Mountain, Snowbasin stir memories and thrills of Olympics past