Too many travel cooks can spoil the travel stew 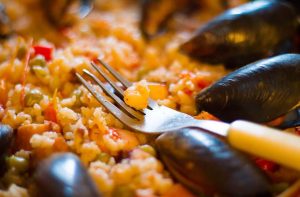 Many travelers make some of their own bookings on the Internet. They only get a travel agent involved for more complicated travel and to get the perfect vacation planning. That works out fine until sometimes they try to mix the two.

Web bookings and those made by travel agents don’t play well together. It is a case where too many travel cooks can spoil perfect vacation planning.

Some travelers have the ability to book travel without involving another human. Some wouldn’t dream of trying to navigate reservations on their own. They turn travel over to a travel agent or an assistant. For the rest of you, here are warnings about perfect vacation planning.

My most recent story involves a client who usually books herself, but wanted an escorted trip to India. After going through a number of alternatives, we settled on a deluxe small group tour with Insight Gold, a well-regarded US company. She was particularly concerned about having a tour manager, and assistance at every stop. She also decided to arrive one day early, and we booked and paid for an extra night at the first hotel, with a confirmed airport transfer.

So far, so good. However, too many travel cooks working on the same vacation almost ruined it. Sometimes perfect vacation planning can create problems.

As I figured out later, the man answering emails for the ground operator transfer company wasn’t used to dealing with US tour passengers directly and had no idea who she was. He cheerfully confirmed they could pick her up, for about $40. Then she asked him hotel questions and he guessed she was with a less deluxe tour group that hadn’t prepaid transfers. The less expensive tour was going to start the following day at a different hotel.

If you have questions, let the tour operator or your travel agent answer them

There are some reasons for a traveler to use a travel agent to contact an airline or hotel directly. I often give concierge contacts to my clients for special requests. In addition, many tour companies have 24-hour emergency numbers. But, in general, if there’s an issue, too many travel cooks can create added problems. If you CAN reach the person or travel agency with which you booked a trip, try that first. The stress you save may be your own.